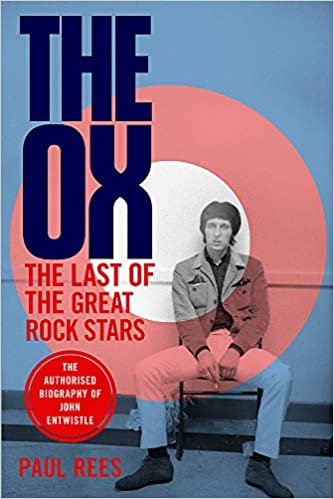 It is an unequivocal fact that in terms of rock bands, the Beatles, the Rolling Stones and the Who represent Year Zero; the beginning of all things, ground-breakers all. To that incontrovertible end, John Entwistle, the Who’s beloved bassist, is also without question one of the most important and influential figures in the annals of rock.

John Entwistle was a rock star in most everything that he was seen to do and of the grand old school – all swagger, joie de vivre and boundless consumption.

With the full co-operation of the Entwistle family and the Who’s long-term management, Trinifold, The Ox: The Last of the Great Rock Stars: The Authorised Biography of The Who’s John Entwistle will shine a long overdue light on one of the single greatest, and most impactful, figures in rock history.