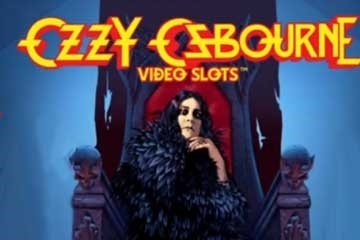 There have been many changes to the online casino experience over the last few years. For instance, we saw the launch of live casino games in the mid-2010s, which added a whole new dimension to casino sites. But the evolution of specific game genres has also been dramatic; the video slots you can find today, for example, are a lot different than those you’d find at the start of 2010.

One area where this shift is apparent is with branded games, i.e. those based on some element of pop culture. These games often require licencing deals, such as the one Playtech struck with Warner Bros. to create a range of DC Superheroes games. The result is a polished product, with the best games effortlessly weaving that branded content into the gameplay.

Rock bands and artists seem to be natural bedfellows for this gaming concept, especially given that stellar audio forms part of the modern casino experience. So, developers have struck licencing agreements with some of the biggest names in rock to create officially-branded games. But which are the best? Here’s our top five:

Arguably the most popular rock casino games, you can play Guns N’ Roses slot at casino.com, which is probably the best ecoPayz casino for Canadians. The game does two things very well: First, it gets the GNR iconography spot on, using the album artwork from Appetite for Destruction and both Use Your Illusion records, as well as plenty of live concert footage; secondly, it has plenty of audio delights, with songs like Paradise City and Sweet Child O’ Mine featured on the soundtrack. Of course, it’s not enough for a casino game to look and sound great – it needs big win potential. Thankfully, Guns N’ Roses has that in potential.

This game is the most recent release on this list, with developers NetEnt launching the Ozzy Osbourne slot in late 2019. However, it’s also the most retro in style, with the graphics and gameplay feeling more akin to a 1980s arcade game. And yet, that should not dissuade you from checking out a really fun game that delivers just what you’d expect from The Prince of Darkness. A simple slot, making it perhaps a good option for beginners.

One of Blueprint Gaming’s finest creations, the Spinal Tap slot is one of the most ambitious games ever released. Featuring tons of bonus games and special features, there always seems to be something new to discover. The best part of the game is the Band Odyssey Bonus, where you will strive to take the band all the way to the World Tour. Spinal Tap is a fantastic casino game, but you be aware that it is volatile, i.e. it can pay big but infrequently. So, only play this one with disposable funds.

Like the Guns N’ Roses slot, this one is a visual accomplishment with some great footage of Motorhead sliced through the slot. Indeed, the game comes with a disclaimer that it features flashing lights and, therefore, might not be suitable for those with photosensitive epilepsy. Anyway, as to the slot and the gameplay, Motorhead has a unique reel set-up and plenty of ways to win huge amounts. Iconic frontman, Lemmy, takes centre stage calling the action throughout the session.

Another cracking release from NetEnt, a developer that has gone for rock slots in a big way. The game really aims to look at the psychedelic side of Hendrix, and the visuals are – for want of a better phrase – a bit trippy. You’ll hear plenty of Hendrix’ major hits, including Voodoo Child and Foxy Lady, and there is a funky free spins bonus that offers plenty of big prize potential.

That time KISS had their own cereal.