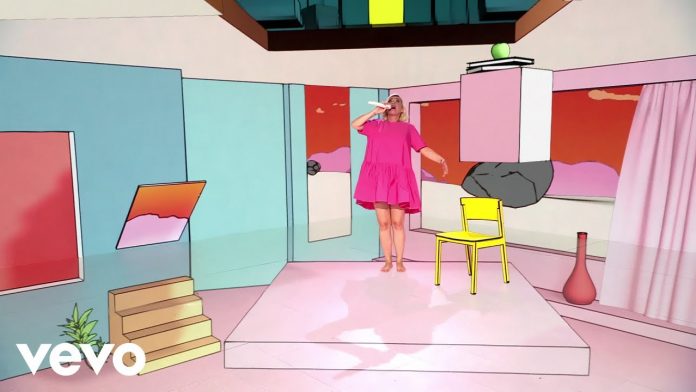 Katy Perry and XR Studios, a Los Angeles-based production company dedicated to producing XR content in live entertainment, engaged Production Resource Group, known for its technological innovations in the entertainment industry, to support the virtual 3D interactive environment for Katy Perry’s “Daisies” performance during Sunday’s American Idol finale on ABC. The performance made history as the most comprehensive use to-date of Extended Reality (XR) for television. XR Studios in partnership with Silent Partners Studios of Los Angeles and Montreal, created an environment with comic-book style graphic elements that changed throughout the performance, including a house, chair and, of course, daisies that enveloped Katy and to which she interacted and reacted.

XR is an umbrella term for all immersive technologies that enable the layering of 3D on top of the real world. The technologies available today – augmented reality (AR), virtual reality (VR), and mixed reality (MR) – extend what we experience by either blending the virtual and real worlds or by creating a fully immersive experience. PRG has been developing its XR capabilities and the ability to meld the worlds of virtual and real using LED screens since early 2018 and first used the technology during the 2019 Super Bowl Halftime Show broadcast.

With this workflow, graphics presented in a performance are completely run in real time, and scenes instantly react to the movements of tracked cameras, people, and objects. Using this approach, digital graphics can be rendered and displayed on physical LED screens, which are seen on the broadcast feed only and/or composited together. The result is 3D content that appears both in front of and behind the performer. Using real time visuals allows talent to visually interact with their environment (the digital one combined with real props) adding a new layer of engagement that lends realism to the performance.

PRG Studios in Los Angeles, one of the largest XR stages ever built, provided a safe environment that supported the production within COVID-19 guidelines. The XR stage provided an alternative for high-level, real time in-camera shoots where green screen and VFX workflows would normally be used.