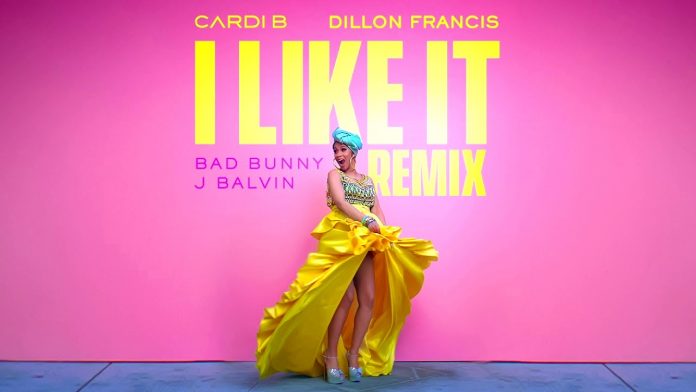 “I Like It” by Cardi B with Bad Bunny and J Balvin topped the US Billboard Hot 100, becoming Cardi B’s second number one—the most for a female rapper in the chart’s history, and the first for both Bad Bunny and J Balvin. It also reached the top 10 in Canada, Ireland, New Zealand, Portugal, Slovakia, Spain, Switzerland, and the United Kingdom. Critically acclaimed, Billboard staff, Los Angeles Times, and Apple Music’s editorial selection ranked it as the best song of the year, while Rolling Stone named it “the best summer song of all time.”