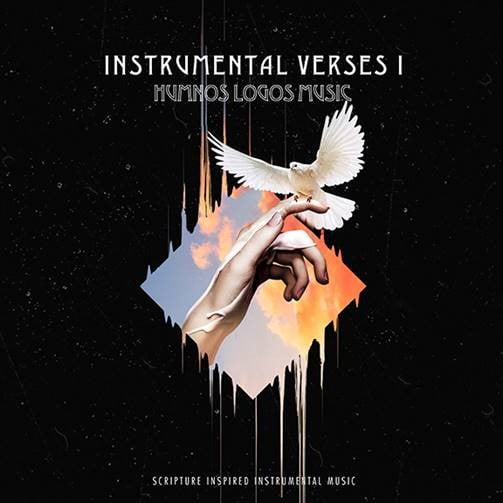 On the surface, one may think Humnos Logos Music is all about classical, instrumental sounds. One listen of their debut album, Instrumental Verses 1, however, and it’s easy to see they encompass so much more.

Inspired by Scriptures, the Texas-based and decidedly private pop/classical artist has found a new way to deliver Christian music, evoking emotion without the use of lyrical content.

It was inevitable, really: with a grandmother who can play piano by ear, a great grandfather who built his own banjo, and a mother who spent years with a flute in-hand, there’s no denying the mastermind behind Humnos Logos Music has music coursing through them. “That’s just always been my reality,” the composer shares. “Music surrounded me from the start, and today I’ve found a way to marry classical sounds with Christian music.”

The result is a stunning premiere release featuring seven songs total; five classical in nature, and two offering a contemporary pop-rock feel, giving the album a nuanced yet modern edge.

With Humnos meaning song, and Logos meaning “word of God,” Humnos Logos Music has cleverly crafted each song based on a word of God from the Bible throughout. Some songs touch on the famous “Hall of Faith” chapter like “Not Worthy of Them,” as well as one about Philip’s automatic transport called “Arise & Go.”

Humnos Logos Music’s “Last Enemy” was inspired not only by Scripture but also reality; this American Songwriting finalist started to take shape after a beloved minister who had passed and conveys the anger one has towards death as well as the upside that one day the idea of death will perish as well.

“‘A Call to Endure (REV 13:10)’ is about end time tribulation,” the orchestral outfit offers. “The beginning of the song has trumpets, and then, with the sound of the rapture, the rest is about the apocalypse.

“Although there are no lyrics, each song tells a story in sound, and the titles are connected to an important, ‘instrumental’ even, Bible verse. In a world where there is so much conversation, so much noise, it’s nice to be able to digest emotive music that is void of hearsay. The notes, melodies, and arrangements speak volumes and allow listeners to just be in the moment with each song.”

Critics with early listens agree. “Love the composition in this track,” says Independent Music Reviews of “While Still Afar Off (LUK 15:20).” “(The song) is cinematic and brings some house and dance elements into the production. The beat is lively and pushes one’s inner limits. There is a deftness in the production, each phrase is subtly accompanied by another rhythm that defines that latter and builds on the experience for the listener.”