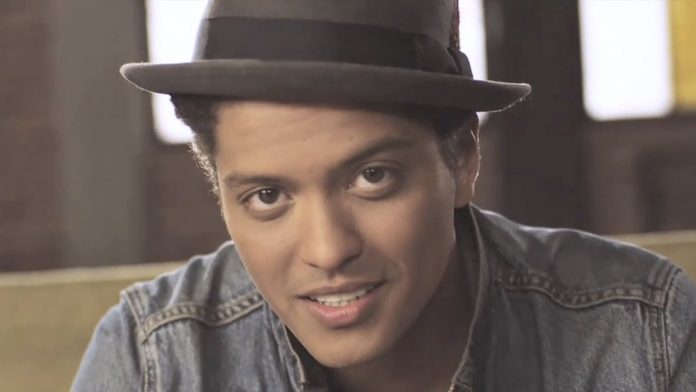 Popularly known for his hit single Just the Way You Are, Bruno Mars is a seasoned American singer-songwriter. The famous musician, whose real names are Peter Gene Hernandez, is a multi-Grammy award winner. The singing sensation rose to stardom after being featured by American rapper B.O.B in his song Nothin on You, which sold platinum.

Bruno Mars is a passionate musician who takes pride in his work. Since his musical breakthrough in 2010, he has released 3 studio albums and recorded over 27 singles, which include featured songs. His musical sales are off the charts. With over 26 million album sales and 200 million in singles sales, the four-time BET Awards winner has joined the likes of Ed Sheeran, Katy Perry, and Lady Gaga in the list of musicians with the best-selling singles of all time.

Currently, he is set to star in a Disney’s theatrical film.

Greatest hits of his career

When it comes to his greatest hits, Bruno Mars has had more than a couple. His musical star indeed shines above and beyond. The collaboration with B.O.B set the pace for his whole career. It is after the release of Nothin’ on You that the accomplished musician released his debut studio album Doo Wops & Hooligans. The album boasts number one hits such as Just the Way You Are, Grenade, and The Lazy Song, which sold over 6.5 million copies.

Other huge hits from the ten-time American Music Awards winner include:

Like the talented musician he is, Bruno Mars has received various awards that include 11 Grammys, 10 American Music Awards, 4 BET awards, among others. He has won several awards for the Best Male Artist, a Best Male Pop Vocal Performance, and many more.

Fans know Bruno Mars as a laid-back musician with a golden voice. His rich and creamy live performances leave his fans yearning for more. He likes keeping a low profile, but our curiosity to learn more about the star could not be suppressed.

As such, below are some interesting facts about Bruno Mars.

Bruno Mars one of the most successful musicians in the United States. Consequently, his songs are well-known internationally, thanks to his constant search for the perfect groove. He made headlines in the 2018 Grammy’s where he won all seven nominations. With his upcoming film project, Bruno Mars star only seems to grow brighter.