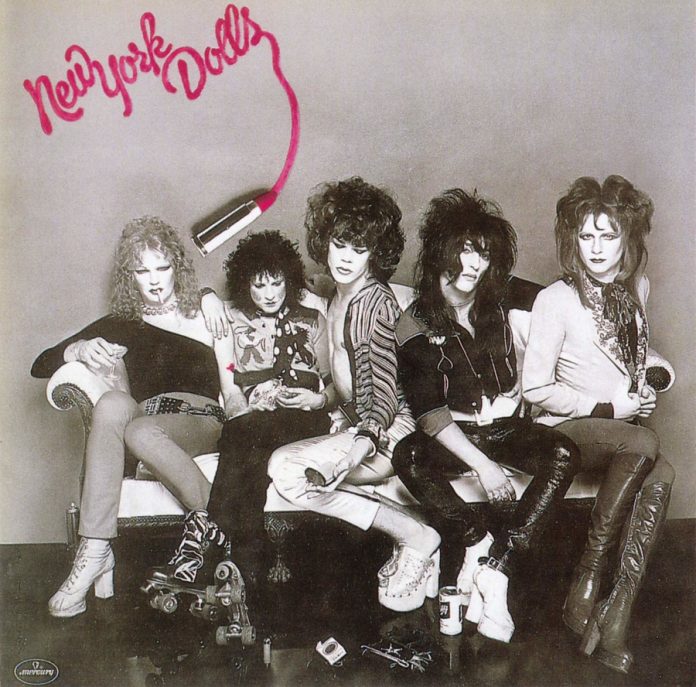 “I’ve known David Johansen for decades, and his music has been a touchstone ever since I listened to the Dolls when I was making Mean Streets,” said Scorsese. “Then and now, David’s music captures the energy and excitement of New York City. I often see him perform, and over the years I’ve gotten to know the depth of his musical inspirations. After seeing his show last year at the Café Carlyle, I knew I had to film it because it was so extraordinary to see the evolution of his life and his musical talent in such an intimate setting. For me, the show captured the true emotional potential of a live musical experience.”

The film will reveal the many faces of Johansen in an extraordinarily intimate feature documentary. Growing up on Staten Island, Johansen landed in New York’s East Village in the late 1960s; a 16-year-old dropped into the epicenter of the counter-cultural revolution in music, theatre, fashion, art, writing, and social change – a seismic moment that still reverberates today. Johansen’s musical career started in the 1970s as lead singer for the punk/glam pioneers the New York Dolls, continued as he helped to usher in the swing revival as Buster Poindexter in the 1980s and dug deep into the blues with the Harry Smiths in the 1990s.

“It is an honor for all of us at SHOWTIME to be working with Martin Scorsese, who unquestionably stands as one of the greatest filmmakers of our time,” said Malhotra. “Over the past few decades his documentary work has taken us inside the lives of some of the most iconic musicians, from The Band to The Rolling Stones to Bob Dylan, and now David Johansen and the New York Dolls. Johansen’s story transcends the walls of music and is a window into the art and cultural evolution of New York City.”

“We’re ecstatic to have SHOWTIME as our partners and to be in business with Marty on his next feature doc,” said Imagine Documentaries president Justin Wilkes. “Ron, Sara (Bernstein) and I had the thrill of attending the Carlyle performance where we witnessed David’s electricity burning up the stage, which Marty masterfully harnessed into his battery of cameras. If that’s not the beginning of a movie, I’m not sure what is… ”

To tell this story, Scorsese is working with longtime collaborators including producer Margaret Bodde, director of photography Ellen Kuras, and Tedeschi. Scorsese and his team filmed Johansen earlier this year at New York’s legendary Café Carlyle. Johansen performed songs he had written over the years and told vivid stories from his astonishing life. As he has done with all of his acclaimed documentaries, Scorsese will take the audience on an unforgettable New York journey from the 1970s through today, revealing Johansen through exclusive performances, archival footage and present-day verité of the artist and raconteur.

Scorsese has earned 14 Oscar nominations in his career – directing nine Best Picture nominees from Taxi Driver to The Irishman – and won Oscar, Golden Globe and DGA awards for directing The Departed. He has also received 11 Emmy nominations, winning director honors for Boardwalk Empire and two Emmys for George Harrison: Living in the Material World. In addition, he earned a Grammy Award for Best Music Film for No Direction Home. Scorsese is the most-nominated living director in Oscar history.

The documentary is produced for SHOWTIME by Margaret Bodde for Sikelia Productions and Justin Wilkes and Sara Bernstein of Imagine Documentaries. The film is executive produced by Scorsese alongside Imagine Entertainment chairmen Brian Grazer and Ron Howard, Rick Yorn, and Mara Hennessey.