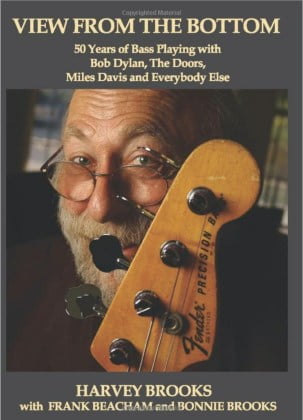 Harvey Brooks first came to the public’s attention when he played on the classic Bob Dylan album Highway 61 Revisited, released in 1965 to great acclaim. Since then he has played with everyone from Miles Davis to Jimi Hendrix, The Doors, The Electric Flag, Al Kooper, John Cale and many others. This is his story, told from his own perspective, which includes first-hand accounts of such historical events as the Monterey Pop Festival in 1967, as well as his esteemed career as a sought-after studio musician and staff producer for Columbia Records.