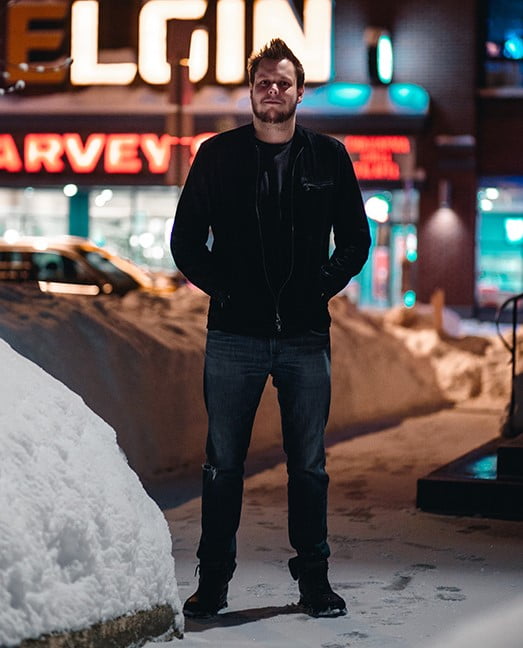 “This song is basically from the perspective of a liar, and that framing allowed me to take the song to some really creative places, lyrically,” says the man behind the moniker, Mark MacDonald. “It’s hard to tell which lines mean a lot and which are nonsense, which is a skill the best liars have mastered.”

Time not spent studying revolves around furthering his craft, including freelance production and mix work with a variety of artists, and songwriting and arrangement consulting.

His efforts are quickly becoming noticed; “Mark is a talented and adaptable musician who can evolve on a dime when he needs to,” says Berklee Songwriting professor, George Woods. “(Mark is) committed and dedicated to what he does.”

Award-winning songwriter and producer Pat Hanlin — who MacDonald is mentored by as a production assistant at Hanlin’s Revivalhouse Records & Film — agrees, adding “(Hollow River’s) super power is the tone of his writing; it’s raw and real and really well composed, lyrically.

“The guy’s a maniac in the studio,” Hanlin continues. “You know anything Hollow River releases is going to BUMP!”

“Known To Lie” is available now.