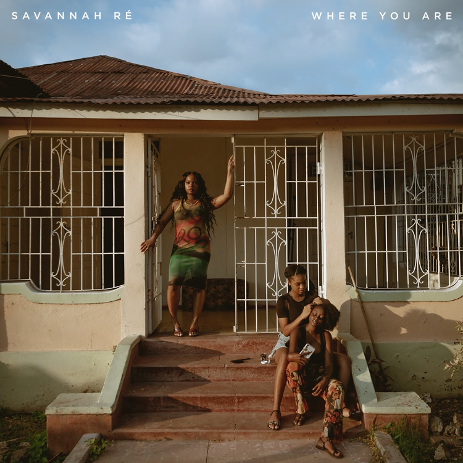 Toronto R&B artist and songwriter Savannah Ré shares the official music video for her latest single, “Where You Are” today after an exclusive premiere with Complex. Filmed in her parents’ homeland of Jamaica with an all-Black female crew led by L.A.-based director Brilliant Garcia, the video brings the longing desire of Ré’s lyrics to life among the country’s luscious beauty and vibrant culture.

On the experience of filming the video, Savannah Ré shares, “A friend of mine had put me onto a director named Brilliant Garcia and I absolutely loved her work. We pitched the song to her and she immediately came up with an amazing treatment. Having a Black woman direct a visual for me was like nothing I’ve experienced before. The energy of having a whole crew of Black women, including hair and makeup artists and wardrobe stylists, was incredible. It was just a beautiful experience.”

“Where You Are” is the first single from Savannah Ré’s eagerly anticipated debut EP Opia that is due out this Fall via Universal Music Canada, the country’s leading music company. Written by Savannah Ré and Marcus Semaj (dvsn, Snoh Aalegra) and produced by Grammy Award winning producers Boi-1da (Drake, Eminem, Nicki Minaj, Kendrick Lamar) and Allen Ritter (Cardi B, Kanye West, Rihanna, Travis Scott), “Where You Are” has already racked up over 225K streams and has earned her immediate critical acclaim from outlets such as OnesToWatch who call Ré “one of R&B’s brightest new voices” and Complex who, in addition to today’s premiere, also included the song in their 10 Best Canadian Songs of the Month list.

“Where You are” follows Ré’s recent releases “DVP” and 2019’s “Best Is Yet To Come” which was selected as one of the 100 Best Songs of the Year by Apple Music.

As a highly skilled songwriter, Savannah Ré has developed an acumen for an arrestingly honest style of self-reflection that’s the mark of music’s elite. With a trained eye for capturing small details, she crafts songs that forfeit polished stories for authentic ones. It’s this carefully refined formula for songwriting that has brought her under the mentorship of Grammy Award-winning producer Boi-1da and has made her the go-to collaborator for R&B’s upper echelon where she’s written with artists like Babyface, Normani, Daniel Caesar, and Wondagurl. In addition to opening for artists like TLC and Jessie Reyez on her “Being Human On Tour” 30-date North American tour, Savannah Ré has also attended esteemed writing camps such as Amazon’s all-woman creative camp for Wondagurl’s debut album and the Keep Cool/RCA writing camp.

During a moment where all eyes are on R&B coming from Toronto, Savannah Ré is doing more than just joining a talented group of artists rewriting the rules of the genre – she’s leading the pack in her own right. Her goal is validation: to advocate for the value of authentic, collectively-held stories which ultimately become the ingredients of reclamation and resilience.