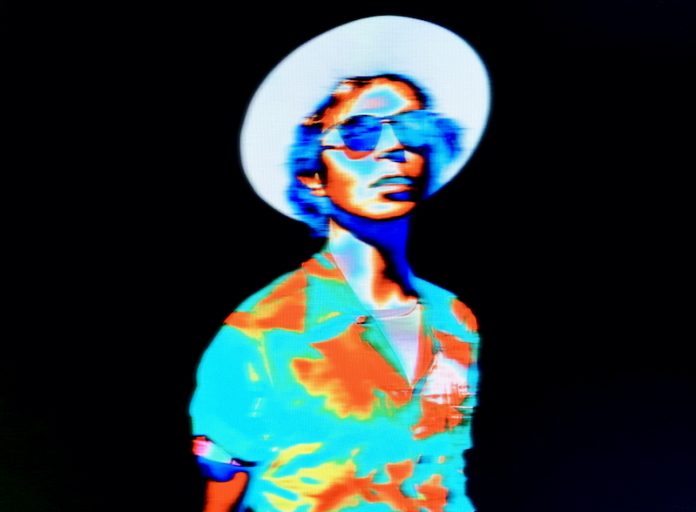 Given that ROLLING STONE’s 4-star review of Beck’s Hyperspace likened his voice to “David Bowie’s Major Tom checking in from distant orbit,” it’s purely logical that the seven-time GRAMMY-winner’s next collaboration would be with NASA’s Jet Propulsion Laboratory (JPL) in southern California.

With the release of Hyperspace: A.I. Exploration, Beck takes the universally acclaimed album to new frontiers via an interstellar journey combining publicly available NASA mission images, curated with assistance from NASA JPL, visualizations, animations and data with revolutionary Artificial Intelligence tech. The result is the creation of new worlds borne from NASA missions, each soundtracked by Beck’s songs: actual Hyperspaces.

The realization of these Hyperspaces was executed by A.I. architects and directors OSK, who asked “How would artificial intelligence imagine our universe?” In finding the answer, OSK created a unique A.I. utilizing computer vision, machine learning and Generative Adversarial neural Networks (GAN) to learn from NASA’s vast archives. After training on hundreds of thousands of images, videos and data points from NASA’s space exploration research and missions, the Hyperspace A.I. then began creating its own visions of our universe.

The resulting visual album merges science and art, taking us on a journey across space, time, and beyond – all scored by the otherworldly music of Beck’s Hyperspace. Actual NASA expeditions and data are transformed into vivid new universes “imagined” by an emerging new kind of creative intelligence.

+ visualizers for bonus tracks ‘I Am The Cosmos (42420)’ and ‘Dark Places (Soundscape) using A.I. footage trained on NASA black hole and star data.

In addition to taking his 14th album beyond the confines of the atmosphere, Beck ventures further into these songs’ innerspace via a limited edition vinyl LP release of Hyperspace. Due out December 4, Hyperspace (2020) features two previously unreleased songs ‘Dark Places (Soundscape)’ and a bonus solo acoustic version of Chris Bell’s ‘I Am The Cosmos (42420)’ recorded at home in April of 2020, plus brand new 2020 mixes of ‘Star’, ‘Hyperspace’, ‘See Through’ and ‘Die Waiting’. The vinyl is a limited edition 12” with holographic jacket, and also includes a 24-page booklet with AI images & NASA data for each track, limited to 5000 copies. The Hyperspace special edition LP adds new dimensions to the Beck album PEOPLE magazine called “his best in a decade.”