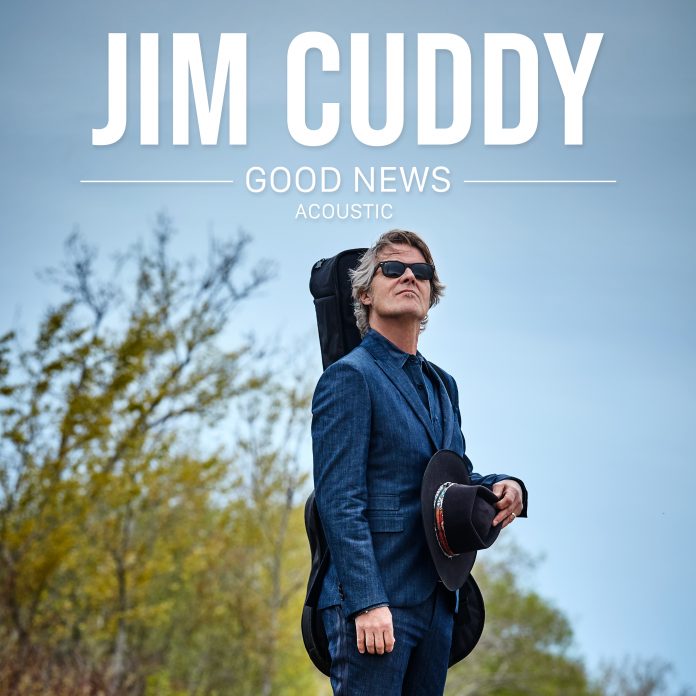 Jim Cuddy has announced the release of a brand new song – “Good News (Acoustic)” – out August 21 at all digital streaming services and retailers.

Fans who pre-save/pre-add the song starting today can enter to win a “Good News” Zoom call and acoustic performance from Jim for themselves and 10 of their friends. Enter here.

“After all the isolation and barrage of news, I felt uplifted that so many people were working together to protect each other,” says Jim Cuddy. “We’ve all been locked down for months and spread away from each other and yet there has been a concerted effort to respect each other as well as the activism in the streets, so it’s been a very inspiring time in many ways. ‘Good News’ is sort of the contrast between how inspiring it’s been to watch everybody work together and how difficult it’s been to keep going without any good news.”

Jim Cuddy has received some of Canada’s highest honours, both as an esteemed solo artist and as a member of the legendary band Blue Rodeo. He is an Order of Canada recipient, multiple JUNO Award winner and a member of the Canadian Music Hall of Fame and Canada’s Walk of Fame. 2019 saw the release of his album Country Wide Soul, featuring reimaginations of previous solo and Blue Rodeo gems along with covers of classic and two brand new compositions. Jim has been a advocate for music education through his support of MusicCounts initiatives and events including being the driving force behind the creation of JUNO Cup annual charity hockey game.