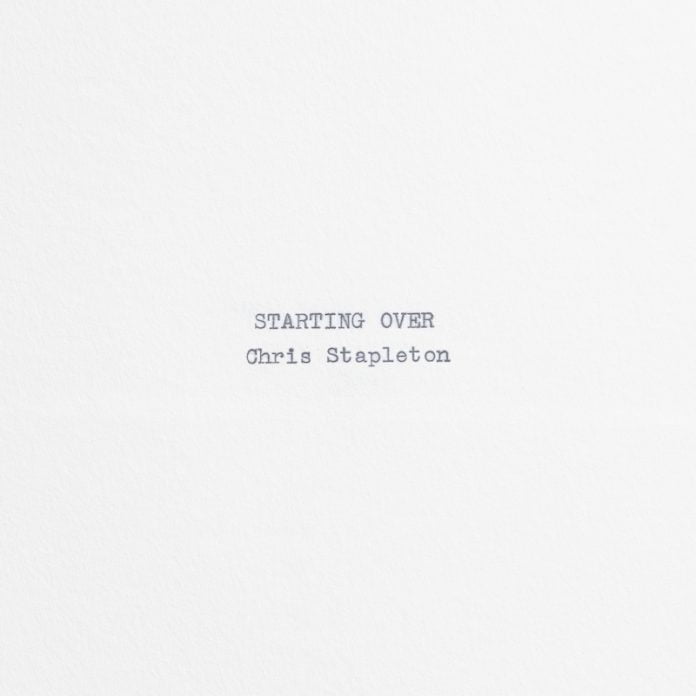 Starting Over, the highly anticipated new studio album from Chris Stapleton, is out November 13. Written by Stapleton and Mike Henderson, “Starting Over” begins an album of startling prescience—completed in late February only days before the shutdown began. Across its fourteen tracks are songs that examine life’s simplest joys and most serious struggles. Alongside eleven written by Stapleton with both longtime friends and new collaborators are three carefully chosen covers: John Fogerty’s “Joy Of My Life” and Guy Clark’s “Worry B Gone” and “Old Friends.” The resulting album—both timely and timeless—speaks to and transcends the current moment in ways unimaginable even while it was being created.

Kentucky-born Stapleton is a 5x Grammy, 10x CMA and 7x ACM Award-winner and one of the country’s most respected and beloved musicians. Following 2015’s quadruple platinum breakthrough solo debut album Traveller, Stapleton released two No. 1 albums in 2017. Both From A Room: Volume 1 (certified platinum) and From A Room: Volume 2 (certified gold) take their name from legendary RCA Studio A, where they were recorded with Cobb. Released to overwhelming critical acclaim, The Tennessean praises, “Both are rich with the textures of Stapleton’s vocals that make him one of country music’s most beloved artists, classic country sounds and thoughtful articulate lyrics about love, life and pain.” He was recently announced as the first-ever “Artist-Songwriter of the Decade” recipient by the Academy of Country Music and, next year, will be the subject of a new exhibit at the Country Music Hall of Fame and Museum.

STARTING OVER – TRACKLIST
Starting Over
Devil Always Made Me Think Twice
Cold
When I’m With You
Arkansas
Joy Of My Life
Hillbilly Blood
Maggie’s Song
Whiskey Sunrise
Worry B Gone
Old Friends
Watch You Burn
You Should Probably Leave
Nashville, TN