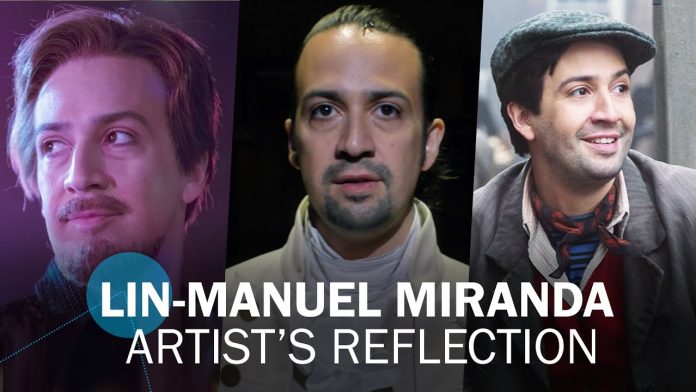 What happens when the sounds of Eminem and Jay-Z, ‘The Little Mermaid,’ and Ricky Martin collide in one of the most brilliant musical minds of our generation? You get the incredible output of ‘Hamilton’ lyricist, composer, and star Lin-Manuel Miranda. The multiple Tony and Grammy winner, whose rap-musical phenomenon ‘Hamilton’ lands on Disney+ this July – with a 100% Certified Fresh Tomatometer score – has created some of the most stirring and memorable songs of the last decade, both on stage and screen. Beyond ‘Hamilton’ itself, and his debut musical ‘In the Heights’ before that, Miranda composed the soaring earworm “How Far I’ll Go” for ‘Moana,’ a tune for the cantina scene in J.J. Abrams’ ‘The Force Awakens’ (lyrics in Huttese), and more. With the whole world about to settle into a front-row seat to ‘Hamilton,’ Rotten Tomatoes sat down with Miranda for an extended, in-depth dissection of the influences on his music and breakdown of the complex construction of some of the best songs he’s produced. Want to know what boy band 98 Degrees has to do with ‘In The Heights’ showstopper “96,000”? Or how he constructed “un-f—kwithable,” super-dense couplets for “My Shot”? Miranda goes deep in our exclusive extended interview.