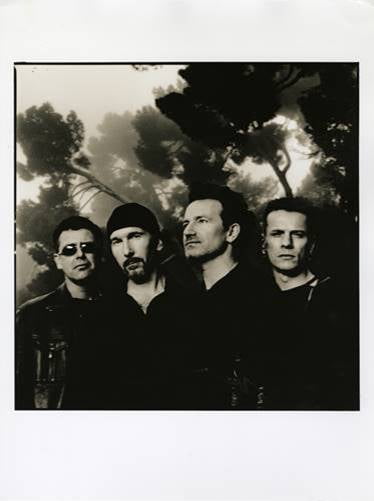 U2’s Official YouTube Channel has re-launched with weekly releases of the band’s most iconic music videos and never before seen content on YouTube, all remastered at the highest possible standard. Over the course of the next year and beyond, the band’s music video catalog will be remastered in HD and launched exclusively on YouTube in that format.

The first phase of the relaunch will celebrate the upcoming 20th anniversary of the band’s tenth studio album, the GRAMMY Award-winning global smash hit, All That You Can’t Leave Behind; leading with the re-release of one of the album’s most seminal tracks, “Stuck In A Moment You Can’t Get Out Of” remastered in 4K as a premium music video (PMV) and Premiering tomorrow at 12 PM ET BELOW.

Throughout their career, U2 has been known for their unparalleled creative vision and artistry when bringing their music to life on screen. As new and remastered content is added over the next year, their YouTube channel will evolve as a hub to celebrate the band’s 40-year legacy and the evolution of their approach to video. Highlights will include previously unreleased live, behind the scenes, and remixed content, and some of their best-known music videos upgraded to HD for the first time ever, up to 4K quality whenever possible. The project will result in hundreds of new and upgraded videos being added to the channel, and a curated experience for fans to be able to explore the depth of the catalog.

The Edge said, “U2 has worked with some incredible filmmakers and directors over the years, and it’s always been a lot of fun. Like a lot of people, I’m partial to a tumble down a YouTube rabbit hole…I hope you enjoy.”

In 2019, YouTube Music and Universal Music Group announced a joint initiative to remaster some of the most iconic music videos of all time with the goal of ensuring that current and future generations get to enjoy timeless classics as they’ve never before been experienced. Today, U2 joins this initiative with their vast catalog of music videos and creative content relaunching on a weekly basis at the highest available video and audio quality.