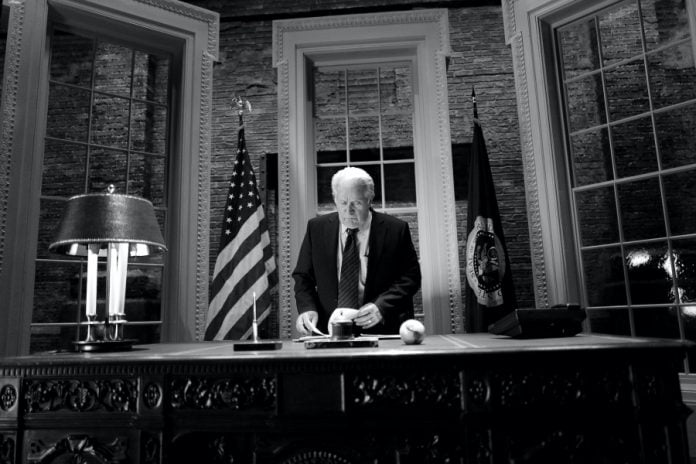 Standing in solidarity with the spirit behind National Voter Registration Day, HBO Max announced today that A West Wing Special to Benefit When We All Vote will premiere on the platform on October 15, dropping just two weeks prior to the momentous national election. This timely special marks the first time in 17 years that the original cast of the Emmy- and Peabody Award–winning hit Warner Bros. Television drama series will come together with creator Aaron Sorkin and executive producer/director Thomas Schlamme for a special theatrical stage presentation of the “Hartsfield’s Landing” episode from the show’s third season. The West Wing stars Rob Lowe, Dulé Hill, Allison Janney, Janel Moloney, Richard Schiff, Bradley Whitford and Martin Sheen will reprise their roles from the episode.

Additionally, A West Wing Special to Benefit When We All Vote will include act breaks with guest appearances from When We All Vote co-chair Michelle Obama, President Bill Clinton and Lin-Manuel Miranda. Fans will also be treated to the musical talents of legendary Emmy® award–winning composer W.G. Snuffy Walden, who will take to his guitar to play the iconic score for The West Wing theme song. Folk rock band, The Avett Brothers, will also close out the special.

The creative team and cast organized this historic production in order to raise awareness for and support the vital mission of When We All Vote, a non-profit, nonpartisan organization co-chaired by Michelle Obama which was founded to increase participation in every election in America. In honor of the special, WarnerMedia will make a donation to When We All Vote.

A West Wing Special to Benefit When We All Vote is produced by Casey Patterson Entertainment in association with Warner Horizon Unscripted Television. Aaron Sorkin, Thomas Schlamme and Casey Patterson are the executive producers. Rob Paine is co-executive producer and Schlamme will serve as director. The production will strictly follow COVID Safe Way Forward Protocols.