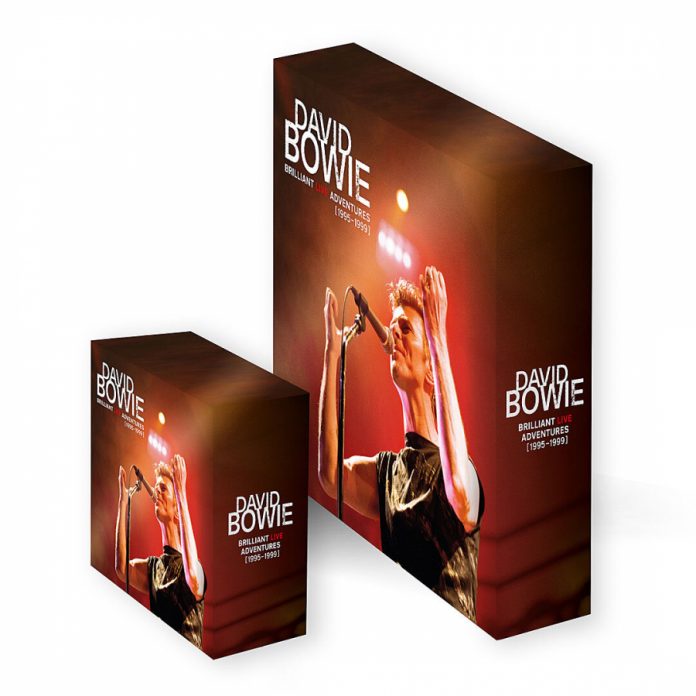 London Parlophone Records is proud to announce release details for DAVID BOWIE ‘BRILLIANT LIVE ADVENTURES’ a series of six live albums from the 1990s which will be released on vinyl and CD as limited one run only pressings. There will also be a special limited edition boxes for both vinyl and CD to house the full collection. The albums and boxes will only be available via the David Bowie official store and Warner Music Group’s Dig! store.

The first three albums and the special limited edition boxes will be released pre-Christmas, with the remaining three albums coming early next year.

The first release on CD and double vinyl is DAVID BOWIE OUVREZ LE CHIEN (LIVE DALLAS 95) previously a streaming only live album which was recorded live at the Starplex Amphitheater, Dallas, 13th October, 1995 during the U.S. leg of the Outside tour. The title OUVREZ LE CHIEN (“open the dog” in French) originally appeared in the song ‘All The Madmen’ taken from The Man Who Sold The World album which celebrates its 50th anniversary in November of this year. Bowie also used the phrase in the lyrics of his 1993 single ‘Buddha Of Suburbia’, once again spelling “ouvre” without a Z. The Z was restored when the phrase and its English translation were prominently featured in the stage set of the 1995 Outside tour.

The cover image of OUVREZ LE CHIEN was taken by Iman during the ’95 tour.

CD:
Look Back In Anger
The Hearts Filthy Lesson
The Voyeur Of Utter Destruction (As Beauty)
I Have Not Been To Oxford Town
Outside
Andy Warhol
Breaking Glass
The Man Who Sold The World
We Prick You
I’m Deranged
Joe The Lion
Nite Flights
Under Pressure
Teenage Wildlife