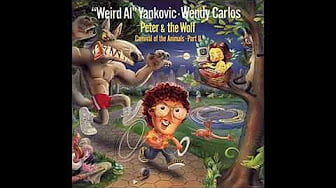 The album was nominated for the Grammy Award for Best Album for Children at the 31st awards.