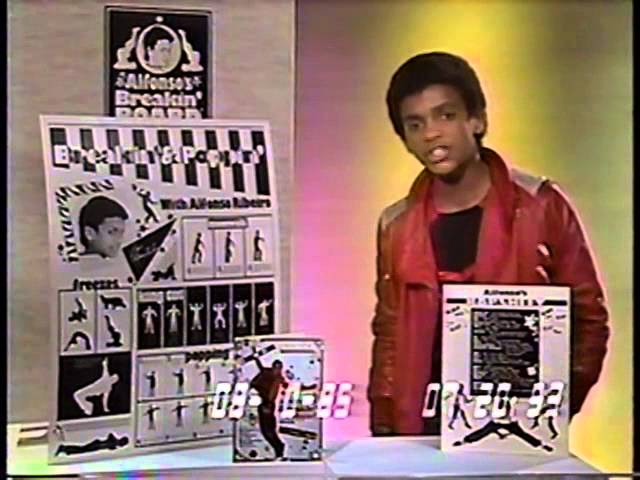 Before appearing at Carlton on the Fresh Prince of Bel-Air, Alfonso Rubeiro played Alfonso Spears on the sitcom Silver Spoons. Even before THAT, he began his career at age 8, first gaining recognition in 1983 when he played a leading role in the Broadway musical The Tap Dance Kid. He received positive reviews for his performance and was nominated for an Outer Critics Circle Award. Ribeiro appeared as a dancer in a Pepsi commercial that featured Michael Jackson in 1984.

In 1985, Ribeiro appeared as himself in a commercial on MTV, advertising a dance instruction book he authored called Alfonso’s Breakin’ & Poppin’ Book. He’s the ad.