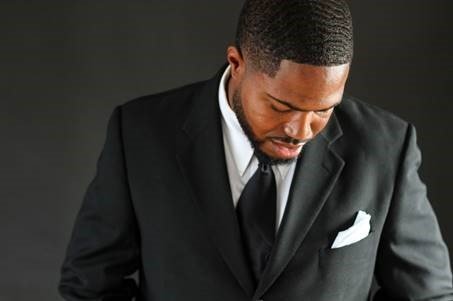 Jermaine Lawrence describes himself as an anomaly: an R&B artist as Mayne Champagne and producer then-known as Jimmy Jump or Jump with GRAMMY and Platinum-selling artist co-works to his credit, including placement on Drake’s sophomore mixtape Comeback Season, he’s been in and out of jail since his teen years. He also turned heads when the story of identifying his mother to police in relation to an acid attack on a three-year old boy hit the local news in 2015.

Now, it’s only ever about the music and, with his forthcoming debut EP Evoking Emotions on the horizon, Mayne Champagne leads with “Joanna” — a blend of both his old world and new — available now.

“The writing of ‘Joanna’ comes from the time in my life when I was a pimp, for a lack of a better word,” he shares. “I grew up in Malvern, which was a troubled neighbourhood, and my mother tried to steer me on the right path by making me attend church and participate in the choir. The lure of street money was overwhelming, though, and I never was in a long term relationship with a woman if monetary gain wasn’t involved.

“‘Joanna’ was a person I met in high school who I had a deeper rapport with,” he continues. “More than any other woman I’ve ever known. She was the ‘square’ best friend I could talk to about subjects most criminals would find boring and uninteresting, and she was a consistent, steady person in my life of chaos.”

“As the online escort business started booming in the late 2000s, I got involved. The money was great but I always felt like something was missing in my life on a personal level. I felt if I got ‘Joanna’ involved in what I was doing, I could have the best of both worlds — someone I could build a future with both business-wise and personally.

“Not too long after she decided to work as an escort, I caught a gun charge and was sentenced to five years in the penitentiary. I had centred my life around another woman that also worked as an escort, but I felt more of a romantic and personal connection with ‘Joanna.’ I decided to gamble on love and shift my focus, but it was the biggest mistake I ever made on both a personal level, and as a business decision.

“Sometimes you can’t have it all, but it makes for good writing and life experience.

“You live and you learn.”