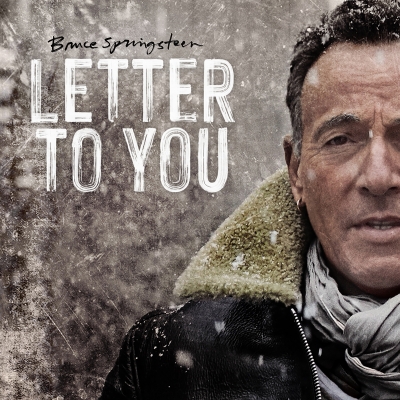 Bruce Springsteen’s new Columbia Records album ‘Letter To You,’ the artist’s 20th studio album and a twelve-track paean to rock music and rock bands, enjoys one of the strongest worldwide sales debuts of the year, entering at #1 in 11 countries. In the U.S., the album enters at #2 on the Billboard 200 and #1 on the Albums Chart, #1 on the Top Rock Albums Chart, and #1 on the Vinyl Albums and Tastemaker Albums charts. In the UK, ‘Letter To You’ is Springsteen’s twelfth #1 and the second biggest album of the year to date. In Ireland, ‘Letter To You’ is the fastest selling album of 2020 so far, outselling the others in the top five combined, and Springsteen’s sixth consecutive #1 studio album. The #4 debut for ‘Letter To You’ in France makes it the top international debut of the year. ‘Letter To You’ was also the top selling international album in Germany in its first week, and brought 2019 release ‘Western Stars’ back onto the charts.

‘Letter To You’ was recorded live with the E Street Band over five days last year at Springsteen’s home studio in NJ, and includes nine recent Springsteen compositions, as well as new recordings of three of his legendary, previously unreleased songs from the 1970s, “Janey Needs a Shooter,” “If I Was the Priest,” and “Song for Orphans.” Springsteen is joined on ‘Letter To You’ by Roy Bittan, Nils Lofgren, Patti Scialfa, Garry Tallent, Stevie Van Zandt, Max Weinberg, Charlie Giordano and Jake Clemons. The album was produced by Ron Aniello with Bruce Springsteen, mixed by Bob Clearmountain and mastered by Bob Ludwig. The ‘Letter To You’ sessions reunited Springsteen and the E Street Band for the first time since The River tour, the top global tour of 2016.

The recording sessions for ‘Letter To You’ were beautifully captured in a feature-length documentary film, “Bruce Springsteen’s Letter to You,” that was released by Apple Original Films and premiered on Apple TV+ simultaneous with the album release on October 23. The film, directed by Thom Zimny, features full performances from the E Street Band, in-studio footage and never-before-seen archival material. Springsteen also shares his thoughts and feelings behind the new music and his career as a musician. The film “Bruce Springsteen’s Letter to You” was produced by Jon Landau and Thom Zimny and co-produced by Barbara Carr, with Bruce Springsteen serving as executive producer.

Bruce Springsteen’s recording career spans over 40 years, beginning with 1973’s ‘Greetings from Asbury Park, NJ’ (Columbia Records). He has garnered 20 Grammys, won an Oscar and a Tony, been inducted into the Rock and Roll Hall of Fame, received a Kennedy Center Honor and has been a MusiCares Person of the Year. Springsteen’s memoir ‘Born to Run’ (Simon & Schuster) and its companion album ‘Chapter and Verse’ were released in September 2016, and he was awarded the Presidential Medal of Freedom in November 2016. His historic 236-show run of ‘Springsteen on Broadway’ at Jujamcyn’s Walter Kerr Theatre from October 2017 to December 2018 also yielded an accompanying soundtrack album and Netflix special. In 2019, Springsteen released ‘Western Stars,’ his first studio album in five years, and together with longtime collaborator Thom Zimny he co-directed ‘Western Stars,’ a feature film released through Warner Bros. In 2020, fans have enjoyed Springsteen’s frequent guest DJ appearances on Sirius XM’s E Street Radio channel.