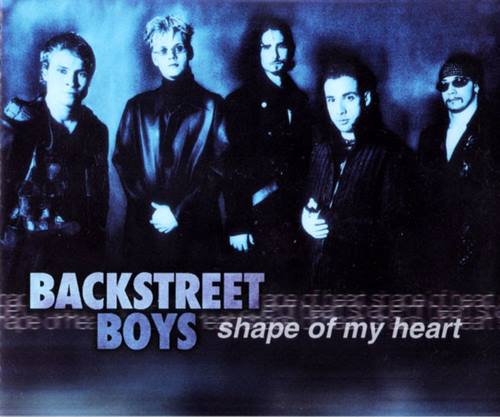 He might not be as famous among today’s youngsters as he was a couple of decades ago, but to a generation of music fans, English musician Sting was and will remain an absolute legend. Gordon Matthew Thomas Sumner, to give him his actual name, is recognized as a hugely successful solo artist, but many people may be surprised to know that he was also the lead singer and principal songwriter for The Police from 1977 to 1984. Sting’s solo career as well as his run with The Police has seen him win 17 Grammys, while his other work has also won him a Golden Globe, three Emmys and four nominations for an Oscar for Best Original Song.

‘Shape of My Heart’, a song by Sting is one of those which seems as though it is about one topic, but is actually about something else entirely. It was released as the fifth single from his album ‘Ten Summoner’s Tales’ in 1993, and featured in two movies as well – in the end credits for Leon, and as part of the movie Three of Hearts. It is one of the songs most closely associated with Sting’s solo career, along with ‘Desert Rose’, and has over 130 million plays on the streaming service Spotify. It sold over 10 million copies when it was released, and reached a high of number 57 on the UK Singles Chart.

While the name of the song suggests that this is a love ballad, Sting has actually said that the song was written to try and tell the story of a card player; of a gambler who plays casino table games not to win but to try and figure out some sort of logic or law to how luck and chance works.

This will, of course, come as a surprise to many fans, but anyone who paid really close attention to the song lyrics would have figured this out. Sting characterizes the gambler as some sort of philosopher, as he is looking for the higher truth behind luck, making it a spiritual or even religious experience, rather than one driven by greed or even a simple love of gambling. He also says that the gambler, because he is a poker player, never shows his true emotions, which is necessary during a game of poker so as to keep the other players in the dark. Another interesting tidbit about the song is that Sting has said that he had written the entire song in his head during a walk in the woods, after hearing the song’s riff from his friend Dominic Miller.

The track was produced with English record producer Hugh Padgham, who is one of the most influential music producers of all time. He had worked previously with Sting during his time with The Police, producing several of their tracks, and has also produced songs for the likes of Phil Collins, Genesis and David Bowie, among others. He is perhaps best known for pioneering the gated drum sound which is heavily featured on Collins’ 1981 superhit ‘In The Air Tonight’, which has become a legendary sound in music today.

As one of the more recognizable songs from Sting’s solo career, it is no surprise that this song has been sampled quite a bit by other artists. The 2003 song ‘Shape’ by English group Sugababes, as well as ‘Rise and Fall’ by Craig David, released in 2003 as well, both heavily sample this track. There have been more recent instances as well, such as rapper Juice World+s 2018 track ‘Lucid Dreams’, and ‘Pieces’ by Tory Lanez and 50 Cent. The popularity of this song is set to continue to rise, as more and more young fans are introduced to Sting’s music by their parents and older relatives.