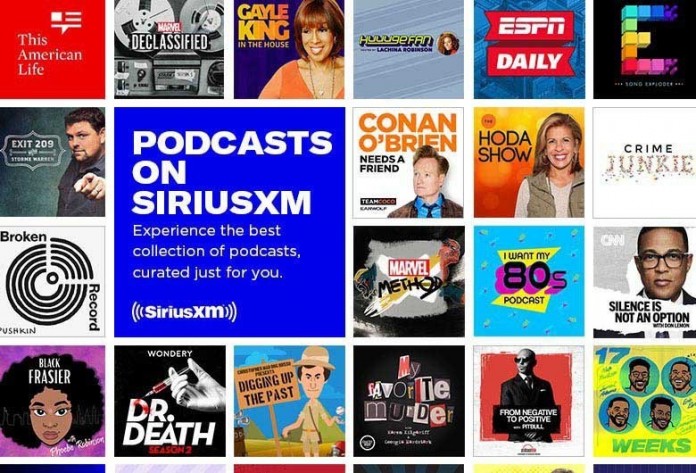 Starting today, SiriusXM subscribers with streaming access can enjoy a unique mix of exclusive, original, and popular podcasts via the SiriusXM mobile app or online at www.siriusxm.com/podcast2020

The launch of SiriusXM’s new podcast destination coincides with its latest “Listen Free” campaign, where any non-subscriber in North America can sample SiriusXM’s wide variety of audio entertainment with no credit card required – including 300+ channels and hundreds of podcasts – from November 19 to December 1, 2020. For more information, visit www.siriusxm.com/freelisten3

“As the popularity of podcasts continues to expand, we’re thrilled to offer our subscribers an amazing selection of podcast entertainment and expand on our unmatched variety of compelling, must-hear programming,” said Scott Greenstein, SiriusXM’s President and Chief Content Officer. “With exclusive new series from entertainment powerhouses like Marvel and Kevin Hart, SiriusXM originals from some of our most popular hosts, and a curated collection of top shows from leading providers, subscribers now have direct access to our new destination for podcasts without ever leaving the SiriusXM app. And with Stitcher and their catalog of hugely popular original podcasts joining the SiriusXM family, this is just the beginning.”

Podcasts now available to SiriusXM subscribers with streaming access include:

Plus, SiriusXM subscribers are the first to hear other Marvel podcasts, including:

“Marvel has always told stories to entertain and inspire. And just as Marvel’s stories began in the comics and grew into the rich universe we know today, we see audio storytelling as just the beginning of unlimited possibilities for our brand,” said Dan Buckley, President of Marvel Entertainment. “Our fans are consuming content more than ever, and now wherever they are, they can explore the Marvel Universe through brand-new and ongoing podcasts that bring Marvel together with the world and people around us, along with exciting new scripted content coming on SiriusXM’s platform next year.”

Today’s launch follows SiriusXM’s acquisitions of leading podcast platforms Simplecast and Stitcher, which along with Pandora and AdsWizz establish SiriusXM as the premier full-service platform for podcast creators, publishers, and advertisers.