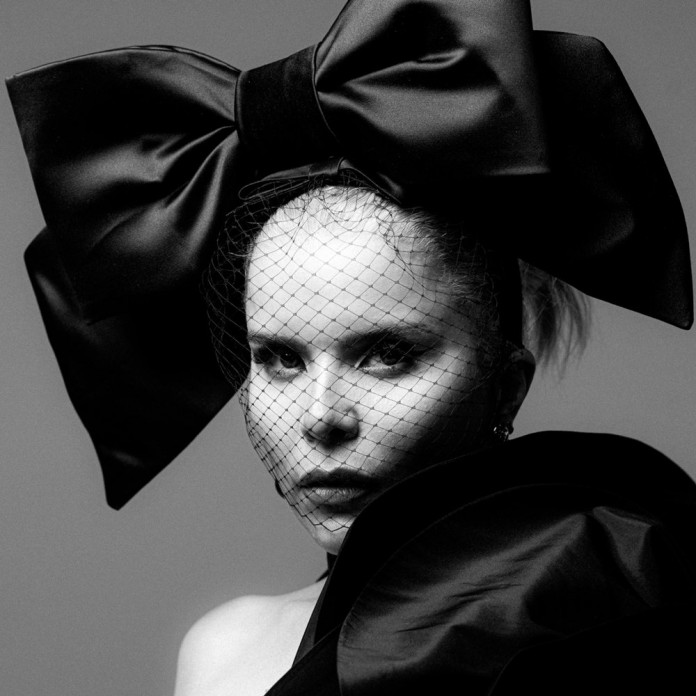 BBC Music TV today announces Paloma Faith – As I Am, a one hour film for BBC Two and BBC iPlayer, which follows over a year in the life of the singer-songwriter, Paloma Faith.

Paloma has had number ones all over the world, multi-million albums sales, headlined Glastonbury and sung to tens of thousands every week, but in recent years, she has taken on her toughest challenge yet – having a baby.

With unlimited access to Paloma as a woman, a mother and an international pop-star in the public eye, this film follows Paloma on an emotional journey, as she balances the demands of a vital make-or-break tour with writing a new album, launching an acting career and being a first time mum.

The film observes Paloma’s life, both front and backstage, in the midst of a pivotal year in her career. It features appearances and contributions from Rag’n’Bone Man, Ty Taylor and Jonas Blue as well as her band, management and family members. We see her struggling with choices every mum will be familiar with, whilst embarking on enormous career challenges in a cut-throat business.

Paloma not only returns to work after having her baby, but also to huge expectations to break Australia and America. At every turn, we ask ‘Will Paloma pull it off? Will she be successful and if so, what sacrifices will she be forced to make?’

Paloma says: “I was very reluctant to let a camera into the very personal experience of working as a first time mum but Jane Mingay who made the film is also a mother and a friend so I felt safe. The result is very telling, exposed and at times emotional for me to watch. Also, I hope it’s a testament to all working mothers out there. As a feminist, I don’t believe in aiming for patriarchal ideals in order to be a success. I believe in embracing our feminine strengths and abilities in order to try and navigate success in a male dominated and judged world. The film I hope gives some insight into this.”

Jan Younghusband, Head of Commissioning, BBC Music Television says: “Paloma Faith – As I Am, from first time director Jane Mingay, shines a light on Paloma’s incredible achievements in her career to date, whilst also taking an honest look at the reality of balancing the commitments of parenthood with a demanding career. It’s a warm and often moving film and I’m delighted that we’ll be able to bring Paloma’s inspiring story to viewers on BBC Two.”

Paloma Faith – As I Am is a 1 x 60 film produced by Andy Glynne for Mosaic Films and directed by Jane Mingay. It was commissioned by Patrick Holland, Controller, BBC Two and Jan Younghusband, Head of Commissioning, BBC Music TV. It will be shown on BBC Two in the coming weeks.

The programme is also amongst a wide range of upcoming music programming on BBC TV.

Later…with Jools Holland returns to BBC Two, with two new series over the coming months to keeping viewers supplied with live musical performances as challenging times continue. Last year saw the highest average audience for Later…with Jools Holland in over 10 years and featured new performances from artists including Fontaines D.C., Jacob Collier and Laura Marling. The new series of Later… follows the success of Jools’ Annual Hootenanny on New Year’s Eve 2020, which attracted 4.56 million viewers – the highest audience for the show on record. The programme featured new and archive performances from artists including Celeste, Róisín Murphy and Ella Eyre.

Elsewhere in the coming months, BBC One, along with BBC Radio 2, raises the curtain with a very special show direct from the West End, the US and beyond. A glittering cast of UK and international stars, including Idina Menzel, Nicole Scherzinger, Amanda Holden and Sheridan Smith perform songs from the musicals at the London Palladium in Musicals: The Greatest Show. The programme forms the centrepiece of Radio 2 Celebrates Musicals, three days of programmes featuring the music of stage and screen for people to enjoy from the comfort of their own homes. To accompany this, in January and February, BBC Four will be broadcasting West Side Stories: The Making of a Classic, Sings Musicals, Imagine – Cameron Mackintosh: The Musical Man, and Imagine – Andrew Lloyd Webber: Memories.

This coming Friday 22 January, BBC Four celebrates the legendary Neil Diamond in the week of his 80th birthday with Neil Diamond at the BBC – a brand new compilation film which looks back at some of Diamond’s best BBC moments. That same evening, audiences will have another chance to view his set from Glastonbury 2008 as well as from the Electric Proms, which took place at London’s Roundhouse in 2010.

Coming soon to BBC Two is Billie – an arresting and powerful film about Billie Holiday, which features journalist Linda Lipnack Keuhl’s never-seen before recorded interviews with the star. Also coming soon to BBC Four is Hip Hop: The Songs That Shook America, a 6-part series exploring some of the groundbreaking songs that had an impact on the evolution of American music and culture, with another chance to see Hip Hop at the BBC (BBC Four), Hits, Hype & Hustle: An Insider’s Guide to the Music Business (BBC Four).