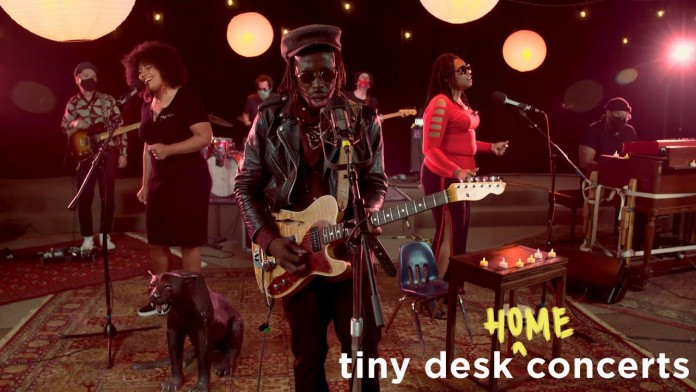 The Austin-based rock band Black Pumas are having a good 2020. The group, led by singer Eric Burton and guitarist Adrian Quesada, was just nominated for three Grammys, including album of the year for Black Pumas (Deluxe Edition), and both record of the year and best American roots performance for the track “Colors.” The band’s turn behind a tiny desk (and chair) shows why its debut album — now more than a year old — is receiving so much recognition right now.