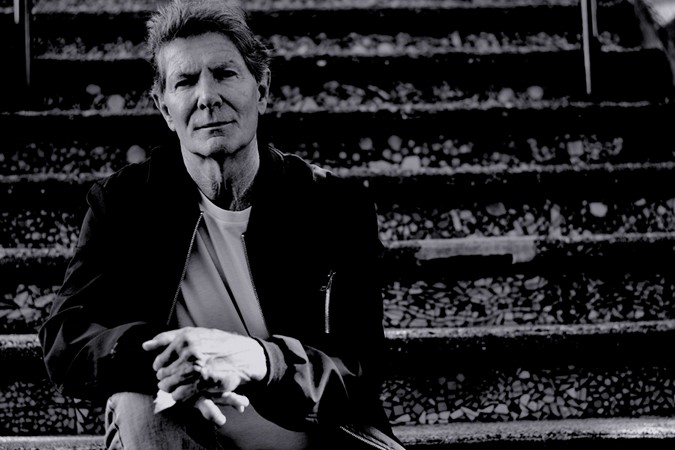 It’s clear as a cloudless summer day that “Sweet Jeanine” is a love song written about someone close and dear to Naylor’s heart. You can hear it in his voice; there’s this happy aura about his vocal phrasing and piano playing which, without fail, instills joy in the listener.

Perhaps the veteran musician is just a romantic, but once you hear lines like ‘Now I’d do anything // To feel your skin against my cheek’ and ‘Now I believe that our love is for real,’ you know this song means a lot to him. Better yet, when a song gets you to feel warm and fuzzy and have you reflect fondly on your own love life, then you know it’s a good one … And one to remember.

The best part? This is just one of the many songs from Naylor’s new album, Songs from Isolation that bursts forth from the heart and a place of vulnerability.

On making the 10-track LP, the Penticton, BC-based artist says it was a simply a result of the global pandemic. It wasn’t long after the social distancing restrictions were put in place he reached out to his producer Ian Lopez in hopes to record some new tracks he had, he recalls. “The stay home (order) got really boring, but thank God I make music!”

Rather than record just one single, Lopez suggested Naylor do an entirely new album, to which the musician agreed.

“Here we are,” he offers. “Ten new songs, all recorded and created in the most stressful manner I’ve ever done.

“With that said I’m proud of the way it turned out.”

Songs from Isolation was officially released to the world on October 2, 2020, more than half a year after the ongoing COVID-19 pandemic left the word at a standstill. The labour of love serves as Naylor’s second solo studio album, and follows his 2017 debut, Possibilities.

Beyond “Sweet Jeanine,” the record features lead single “When They Stared,” the existential and thought-provoking “I Miss Love,” and the extremely beautiful and fitting closing track, “We’re All in This Together” — the latter of which was written as a tribute to all the frontline workers helping to fight the spread of the novel coronavirus across the globe.