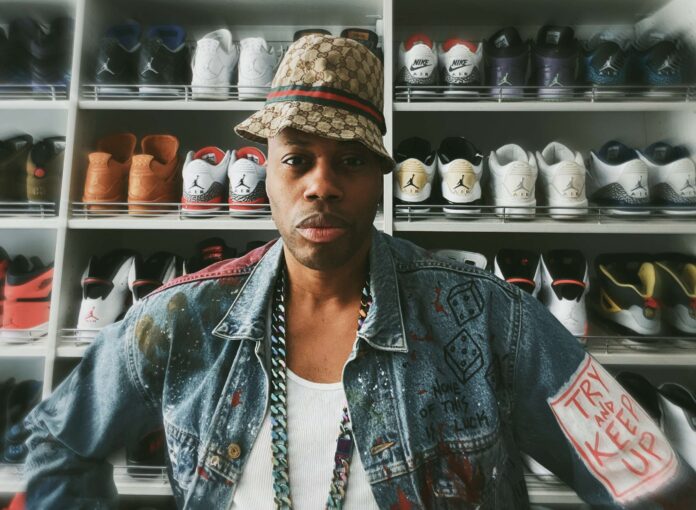 Inking a joint-venture deal with British mega-producer Harmony Samuels (Ariana Grande, Jennifer Lopez, Mary J. Blige, Usher, Maroon 5, Ella Mai) and a yet to-be-announced label imprint (launching later this spring) is just the latest in a series of significant UMC projects overseen by Kardinal. In 2020 alone, this roster of talent released a trio of shattering debuts: Emanuel, the first Canadian domestic act co-signed to the historic Motown label and a breakout star amid the pandemic; Savannah Ré, the prolific songwriter and performer championed by R&B heavyweights Babyface, Boi-1da, Jessie Reyez and Wondagurl; and Zach Zoya, a bilingual dynamo whose debut EP is a collection of energetic hip-hop, intricate rap and emotive R&B.

“Kardi is a force. He’s a ground-breaking, internationally respected artist, a smart and insightful label exec, a compassionate and bold thought leader, and a tireless philanthropist. He’s always been at the forefront of Canada’s music scene and UMC’s artists and team have long benefitted from his thoughtful collaboration, unmatched energy, and drive,” said Jeffrey Remedios, Chairman & CEO, Universal Music Canada. “This promotion underscores our big aspirations – Canada is bursting with talent and we’re committed to building the best team we can to put that talent front and centre on a global stage. I’m honoured to continue to lead alongside Kardi.”

A globally respected leader in all he does, Kardinal is uniquely placed as a creative within the label system, sharing his lived experience as an artist to inform his work in artist relations and artist development.

“Whether it was intentional or the by-product of hard work and excellence, I was able to stand on the shoulders of giants who came before me. I’ve seen the world several times over and am able to dream with my eyes wide open, because the bar kept being raised by those brave enough to lift it to unseen heights. This new Senior Vice President, A&R, position at Universal Music Canada is about me continuing to prepare my shoulders, so that many others can stand taller than I did and have the opportunity to showcase their gifts on a global stage. Where I’m from, the phrase ‘dare to dream’ is a real warning, because without endurance and an uncanny ability to navigate through many storms – you can end up eternally picking up the pieces of broken promises and regret. I am proud to be taking steps forward with Jeffrey Remedios, who as CEO, has placed great responsibility in my hands. Today, I walk so that the next generation can run. Forward movements forever, until we all fly,” said Kardinal Offishall.

Kardinal Offishall became a staple in the international music scene in the late 2000s with features on hit records such as Akon’s “Beautiful”, Lady Gaga’s “Just Dance” and his own single “Dangerous” which scorched the Billboard Hot 100 charts and peaked in the Top 5, making him the first rapper from Canada to do so. He participated early on in the careers of Rihanna, Alex Da Kid, T-Pain, Vybz Kartel, Estelle, and Sean Paul, to name a few. He is a cultural and musical ambassador for a new wave of Canadian superstars, working with Drake, K’naan, Daniel Caesar, Boi-1da, and Glenn Lewis.

Diversifying his portfolio by adding Executive to the already proven titles of Rapper, Producer and Philanthropist, was done without hesitation. Kardinal continues to lead and inspire by releasing his own creative projects, as well as the work of the artists he signs and mentors. He proudly serves as SVP, A&R for Universal Music Canada.