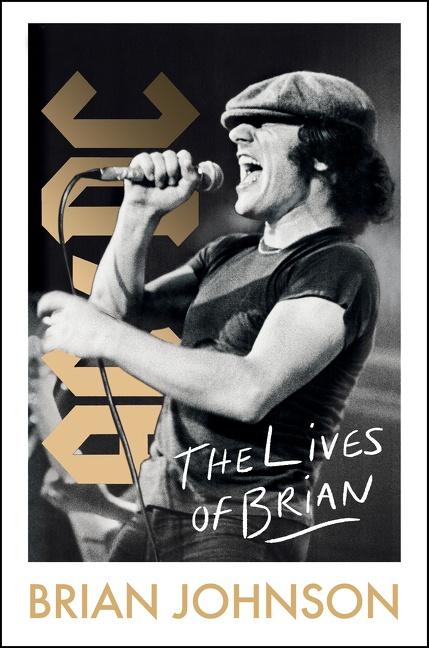 Brian Johnson’s memoir The Lives of Brian: AC/DC, Me, and the Making of Back in Black, that will be published on October 26. It’ll reveal his story from growing up in a small town to starting his own band to ultimately replacing Bon Scott, the lead singer of one of the world biggest rock acts, AC/DC. They would record their first album together, the iconic Back in Black, which would become the biggest selling rock album of all time.

Brian Johnson was born to a steelworker and WWII veteran father and an Italian mother, growing up in New Castle Upon Tyne, England, a working-class town. He was musically inclined and sang with the church choir. By the early ’70s he performed with the glam rock band Geordie, and they had a couple hits, but it was tough going. So tough that by 1976, they disbanded and Brian turned to a blue-collar life.

Then 1980 changed everything. Bon Scott, the lead singer and lyricist of the Australian rock band AC/DC died at 33. The band auditioned singers, among them Johnson, whom Scott himself had seen perform and raved about. Within days, Johnson was in a studio with the band, working with founding members Angus and Malcolm Young, Cliff Williams, and Phil Rudd, along with producer Mutt Lange.

When the album, Back in Black, was released in July—a mere three months after Johnson had joined the band—it exploded, going on to sell 50 million copies worldwide, and triggering a years-long worldwide tour. It has been declared “the biggest selling hard rock album ever made” and “the best-selling heavy-metal album in history.”

The band toured the world for a full year to support the album, changing the face of rock music—and Brian Johnson’s life—forever.