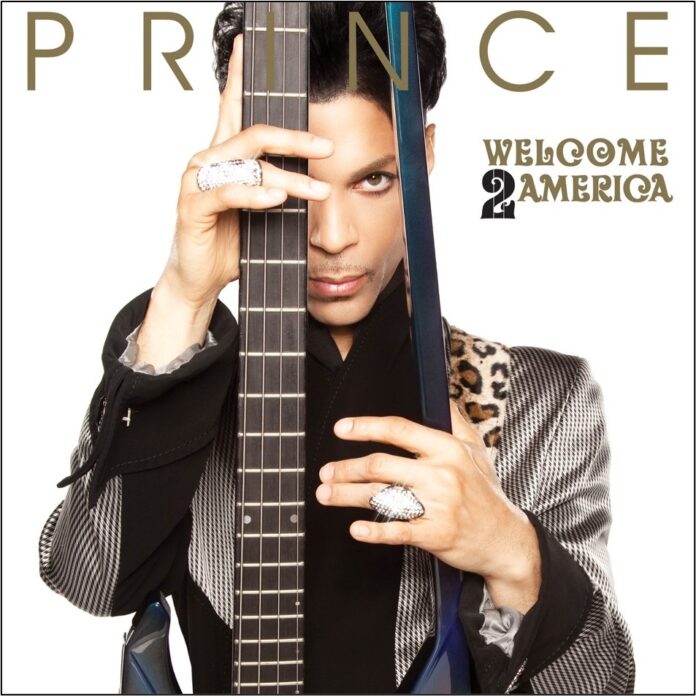 April 8, 2021 – Toronto, ON – The Prince Estate and Legacy Recordings, a division of Sony Music Entertainment, are honored to announce the July 30th release of the enigmatic 2010 Prince album Welcome 2 America – a powerful creative statement that documents Prince’s concerns, hopes, and visions for a shifting society, presciently foreshadowing an era of political division, disinformation, and a renewed fight for racial justice.

The title track “Welcome 2 America” is available now on streaming platforms here. Throughout the powerful song, Prince delivers a searing, spoken-word soliloquy set to music about golden parachutes, the superficial nature of social media, reality TV-fueled celebrity culture, and corporate monopolies in the music industry, ultimately concluding that America is the “Land of the free / home of the slave.”

Shortly after completing the Welcome 2 America album, Prince embarked on a unique tour of the same name that included multiple performances in several U.S. cities, capped off by the historic “21 Nite Stand” at The Forum in Inglewood, California. The Deluxe Edition of Welcome 2 America includes the complete studio vault album on both CD and black vinyl (accompanied with a hi-res digital download) plus a never-before-released full concert video of Prince’s April 28, 2011 show at The Forum, presented in 1080p HD with stereo, 5.1 surround and Dolby Atmos audio. Pre-order digital, vinyl, CD, and Deluxe editions here. All vinyl editions will have music on three sides with a collectible etching on the fourth side. In addition, there will be two special color variant vinyl editions of the album – gold vinyl available exclusively from the official Prince store and clear vinyl from Target.

As a companion collector single, fans have the opportunity to pre-order a numbered limited-edition gold-colored 7” vinyl exclusively from the official Prince Store. The 7” includes the studio version of “Welcome 2 America,” accompanied by a previously unreleased live version of the song recorded on May 14, 2011 at The Forum. The live version of “Welcome 2 America” is performed in a medley with the Prince composition “Dreamer,” first released on 2009’s Lotusflow3r, and demonstrates how the new material was an extension of his lifelong commitment to social justice.

The live concert video features Prince performing with his 2011-era lineup of the New Power Generation, including Shelby J., Liv Warfield, Elisa Fiorillo, and Morris Hayes, additional keyboardists Renato Neto and Cassandra O’Neal, bassist Ida Nielsen, drummer John Blackwell, and dancers Maya and Nandy McClean (The Twinz). Captured midway through his marathon “21 Nite Stand” at The Forum in Inglewood, California, this performance documents the spontaneity and incendiary energy of that historic portion of the Welcome 2 America Tour – an audiovisual testament to the proclamation he made at the launch of the tour in October, 2010, stating “Bring friends, bring Ur children, and bring foot spray, because… it’s gonna B funky.” The performance features a cameo by recent GRAMMY-winner Ledisi and covers of Bob Dylan’s “Make You Feel My Love” and Roxy Music’s “More Than This” alongside Prince favorites including “17 Days,” “Controversy,” “1999,” and “Purple Rain.”

The release of Welcome 2 America builds upon the partnership between The Prince Estate and Sony Music Entertainment that started in August of 2018. At that time, Sony began globally distributing the works of Prince released from 1995-2010, broadening its scope in January 2021 when the deal was expanded to include U.S. distribution on twelve non-soundtrack catalog albums featuring iconic music recorded by the Artist between 1978-1996. 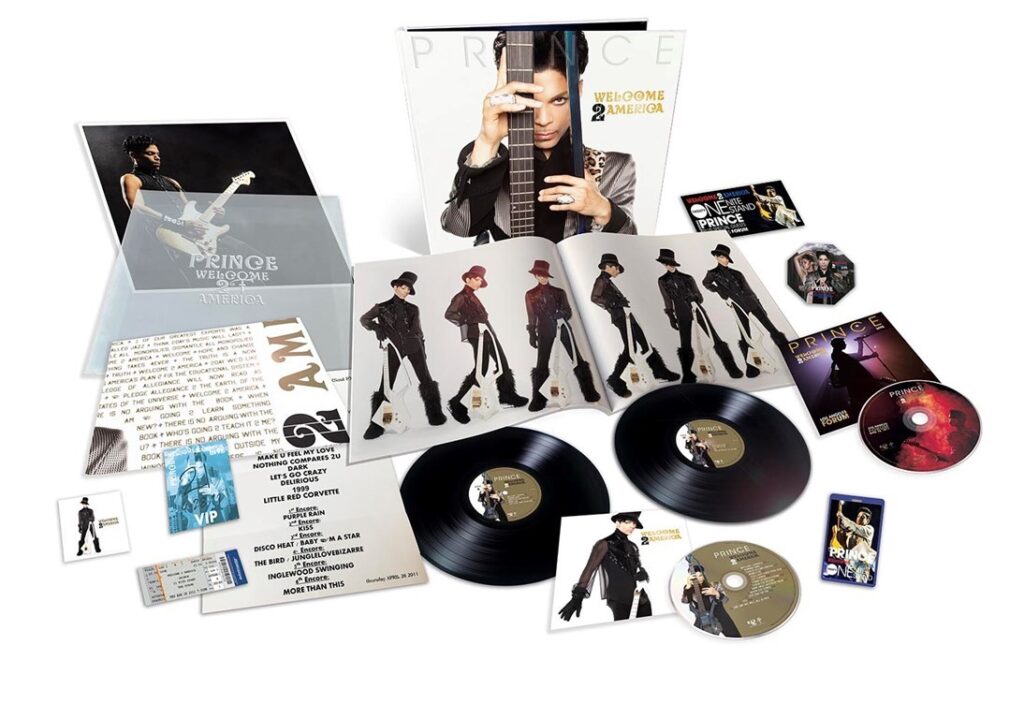