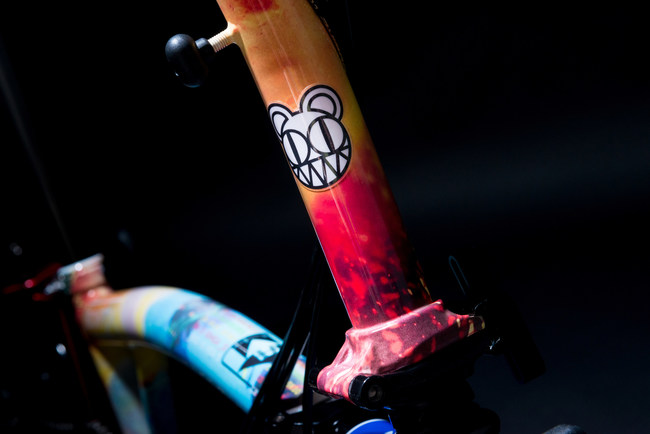 A selection of the world’s top music artists are turning bike designers to create one-of-a-kind bikes from Brompton, the London-based manufacturer of the iconic Brompton folding bike, to be offered through Greenhouse Auctions to raise money for Crew Nation, a global relief fund launched by Live Nation to support music crews affected by the near-total pause on concerts during COVID-19.

Each group added their own unique design to the bikes, which will be offered for live bidding May 28 through June 12, 2021, by Greenhouse Auctions, an online auction platform designed to empower artists and promote diversity. Ninety five percent of proceeds will benefit Crew Nation, and five percent will benefit Historically Black Colleges and Universities through Greenhouse Action’s give-back program.

The campaign released details of the Radiohead, Oh Wonder, Rise Against, Dinosaur Jr. and Khruangbin Brompton designs at www.brompton.com/crewnation, with the rest of the bike line-up being revealed at @bromptonbicycle on Instagram and Facebook in the weeks leading up to the auction.