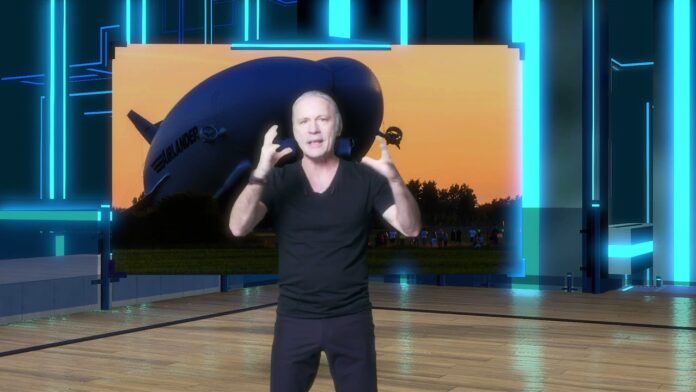 An inspiring and motivating speech on how you can be creative in the modern business world. This talk is given by a man who has been fronting one of the world’s most successful metal bands – Iron Maiden.

The speaker and TEDxMalmö have permission to use the third-party content in the video. Bruce Dickinson is the lead singer of Iron Maiden. Iron Maiden is an institution embodying fearless creative independence with a following that spans every culture and generation. Their latest album “The Book Of Souls” (2015) went straight to No 1 across the world in 24 countries, becoming their fastest ever selling album.

In 2012 Dickinson set up Cardiff Aviation, an aircraft maintenance company, which amongst other things, signed an agreement with the Djibouti government to help re-launch their national airline. Dickinson has also invested in the world’s largest aircraft: a hybrid of a plane, balloon and hovercraft, the Airlander 10. He has also created an aircraft fleet as a one-stop solution for airlines to use.

In 2013, Iron Maiden collaborated with Robinsons Brewery in Stockport, England to create Trooper, a 4.8% cask/4.7% bottled ale whose recipe Dickinson formulated with head brewer Martyn Weeks. As of May 2014, the beer has sold 2.5 million pints in 40 countries, making it Robinsons’ most successful export.

Dickinson’s list of accomplishments seems endless and are continuously growing. He has been described as a polymath and now brings together all his creativity and experiences to share with audiences around the world.