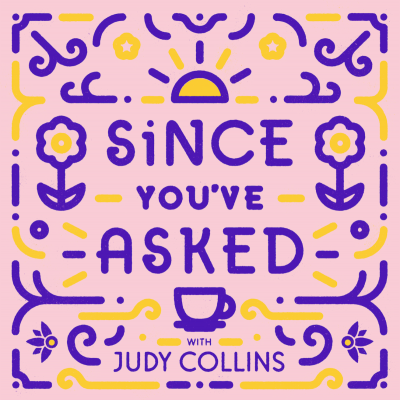 The ever-prolific and expectation-defying Judy Collins has announced Since You’ve Asked, her first podcast series that will debut on July 8. She has also announced a new live album, JUDY COLLINS – LIVE AT THE TOWN HALL, NYC, that was recorded in February during the pandemic and will be released on August 27. Collins will also make her return to touring this summer and fall after nearly two years off the road.

*Since You’ve Asked – An audio podcast series hosted by Collins, featuring some of her favorite musicians, artists and luminaries from her colorful life. Since You’ve Asked will debut on July 8, and a new episode will debut every two weeks. Guests include Jeff Daniels, Arlo Guthrie, Clive Davis, Molly Jong Fast, Christiane Amanpour, Jac Holzman, Betty Buckley, Julia Cameron, Ben Harper and Pat Allerton. In the 1960s, Collins evoked both the idealism and steely determination of a generation united against social and environmental injustices. Five decades later, her luminescent presence shines brightly as new generations bask in the glow of her iconic 60-album body of work, thriving in the music industry for over a half a century. This new project is a perfect platform for Collins, as her recordings of musical greats like Randy Newman, Jimmy Webb, Joni Mitchell and Leonard Cohen helped launch their careers and create the foundation of our current pop history.

JUDY COLLINS – LIVE AT THE TOWN HALL, NYC – Collins will release a new album on August 27. She recorded it live at the Town Hall in New York City with a full band in February of this year, when she hosted a livestream concert from the historic and otherwise empty venue due to the pandemic. This new live recording revisits her legendary 1964 performance at the Town Hall, which was her solo concert debut in NYC. The recording of her performance was subsequently released as The Judy Collins Concert. In February, Collins revisited nearly the same set list as her 1964 concert, including “Winter Sky,” “Both Sides Now” and “Cruel Mother.” Collins’ setlist reflected the need for comfort and protest in light of the turmoil that beset the nation, both then and now.