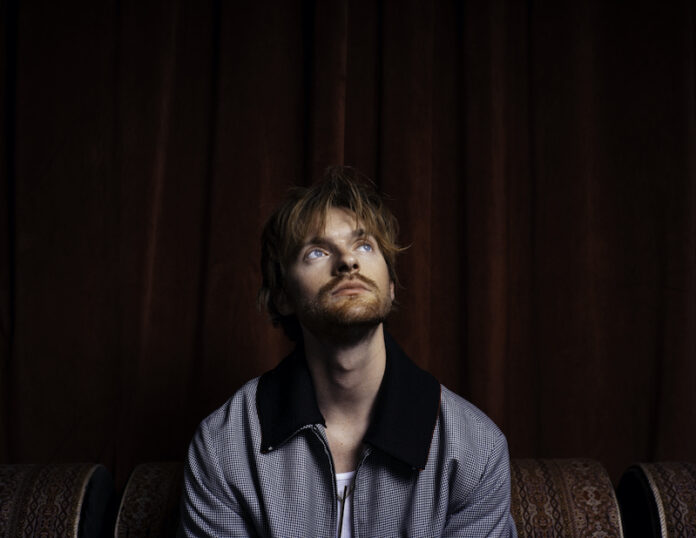 Eight-time GRAMMY® Award-winning musician, songwriter and producer FINNEAS returns today with a new song, “A Concert Six Months From Now,” which is taken from his forthcoming debut album, Optimist set for release on October 15.

Also revealed today, is his official music video for the single, directed by Sam Bennett and filmed on location at the iconic Hollywood Bowl in Los Angeles.

With the new track comes the exciting news that FINNEAS will release his debut album as a solo artist, Optimist on October 15, having recently signed to Interscope Records. The album, which is available to pre-save starting today features 12 brand new, never before heard tracks, plus the previously released, “What They’ll Say About Us,” FINNEAS’ heartbreaking ballad, written in lockdown as a moving dedication to human strength and connection when faced with life’s tribulations.

To ensure tickets get in to the hands of fans, the tour has partnered with Ticketmaster’s Verified Fan platform. Fans can register HERE now through Monday, August 9 at 11:59pm PT for the Verified Fan presale. Registered fans who receive a code will have access to purchase tickets before the general public on Thursday, August 12 at 12pm local time through 10pm local time. Tickets go on sale to the general public on Friday, August 13 at 12pm Local time.

FINNEAS will also be making the festival rounds this Fall, including confirmed solo slots at BottleRock in Napa, CA on September 3 (TICKETS), iHeartRadio Music Festival on September 18 in Las Vegas (TICKETS) and October 1 & 8 at Austin City Limits in Austin, TX (TICKETS). For more information and to purchase tickets, please visit www.finneasofficial.com.

Earlier this year, FINNEAS received two additional GRAMMY® Awards with his sister Billie Eilish for ‘everything i wanted’ (Record of the Year), as well as a Best Song Written For Visual category for “No Time To Die,” the official James Bond theme song, both produced by FINNEAS.

His upcoming debut album follows the release of FINNEAS’ critically acclaimed debut EP, Blood Harmony, the DELUXE version which is available now. Written and produced entirely by the 24-year-old artist, the eight-track collection exemplifies his skills as a songwriter, producer and storyteller.

In 2020, FINNEAS received an impressive 6 GRAMMY Awards® including the prestigious Producer of the Year, Non-Classical and Best Engineered Album, Non Classical as well as Record of the Year, Album of the Year and Song of the Year with his sister Billie Eilish for her groundbreaking No. 1 debut album WHEN WE ALL FALL ASLEEP, WHERE DO WE GO? and hit single ‘bad guy.’