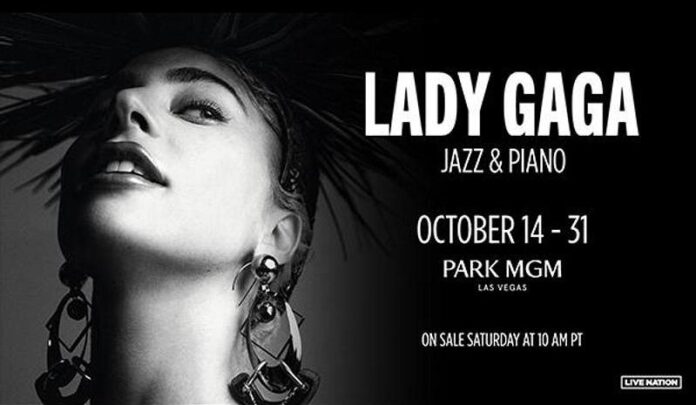 This show will require fans to provide either proof of a negative COVID-19 test result within 72 hours of the event OR full vaccination for entry. More information can be found at parkmgm.com.

Multi-award-winning entertainer Lady Gaga is a one-of-a kind artist, performer and a trailblazer in beauty and fashion. She has amassed an outstanding 35 million global album sales, 42 billion streams and 321 million in song consumption, making her one of the best-selling musicians of all time. In 2008, Gaga released her first album The Fame swiftly followed by The Fame Monster (2009). Gaga then went on to release Born This Way (2011), ArtPop (2013), her collaborative album with Tony Bennett Cheek to Cheek (2014), Joanne (2016), A Star is Born (2018) and her sixth solo studio album Chromatica (2020). Chromatica marks Gaga’s 6th consecutive #1 album on the Billboard 200 chart, making her the first female artist to do so over a ten-year period (2011-2020). In June 2021, Gaga celebrated the 10-year Anniversary of Born This Way with an album reissue Born This Way The Tenth Anniversary, that featured reimagined versions of her classic songs from prominent LGBTQIA+ musicians and advocates. Gaga recently announced her 8th studio album, Love For Sale, her second collaborative album with Tony Bennet set for release on October 1, 2021.

In October 2018, Gaga starred alongside Bradley Cooper in the Warner Brothers remake of the classic film, “A Star is Born.” Her performance led her to an Oscar Nomination for Best Actress, a Golden Globe nomination for Best Performance by an Actress in a Motion Picture, a Critics’ Choice Award and National Board of Review Award for Best Actress in a Motion Picture. Gaga also co-wrote, produced and performed the song “Shallow,” for the film, for which she has won an Oscar, a Golden Globe and a Critics’ Choice award for Best Original Song, as well as a British Academy Film Award for Best Original Music. Other credits include, the 2017 Pepsi Zero Sugar Super Bowl LI Half Time show which amassed 117.5 million viewers, her Netflix documentary Lady Gaga: Five Foot Two (2017), and American Horror Story: Hotel (2015), for which she won a Golden Globe for Best Actress in a Limited Series. Next up, Gaga will star in Ridley Scott’s House of Gucci as Patrizia Reggiani, the ex-wife of Maurizio Gucci, who was tried and convicted of orchestrating his assassination set to hit theaters on November 24, 2021.

Lady Gaga is also an outspoken activist, philanthropist and supporter of many important issues including mental health, LGBTQ+ rights, HIV/AIDS awareness and body image issues. In 2012, she launched Born This Way Foundation, a non-profit organization dedicated to empowering youth, embracing differences, and inspiring kindness and bravery. Through the years, they’ve collected stories of kindness, bravery and resilience from young people all over the world, proving that kindness truly is the universal language. These stories have been collected, along with personal notes of empowerment from Lady Gaga, in her new book, “Channel Kindness: Stories of Kindness and Community,” available now.