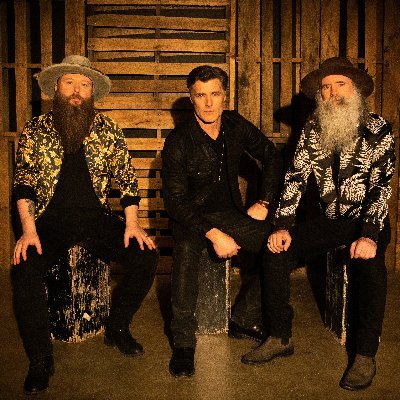 Hot on the heels of their sixth nomination for Group of the Year at the CCMA Awards– and 3x-reigning winners in that category – The Washboard Union are heading back on the road for the “Everbound For Your Town Tour,” with stops in 24 Canadian cities and towns.

“Playing live is the life-blood of this band and being with our fans is something we’ve been missing for almost 2 years,” says band member Chris Duncombe. “We wanted our first tour back to take us to as many communities as possible both big and small to say thank you to our fans who have stuck with us and allowed us to follow our dreams.”

The Washboard Union will also be offering limited “VIP All Access Experiences“ on this tour that will give fans a unique acoustic performance and Q&A with the band before every show. Packages will be available for purchase with tickets to any of the shows.

Joining the band on the tour in an opening slot is CCMA Discovery Award winner and fellow British Columbia native, Raquel Cole, who is also a finalist in this year’s upcoming SiriusXM Top of the Country contest at Canadian Country Music Week in London, ON.

The band chose to release its latest CCMA award-winning album Everbound on April 24, 2020, during the height of the pandemic. “There is an undercurrent of hope that unites the songs on the “Everbound” album that we thought we all could use during these difficult times. Music has always help get us through hard times so that’s why we chose to release the album rather than wait. We are so glad we did,” says the band member David Roberts. The Washboard Union also kept their fans engaged throughout 2020 with live streamed performances to tens of thousands through their Live From the Mountain series on Instagram, performed selected outdoor live shows, and donated their recorded performance to Sakamoto Agency’s 100 Homes initiative, which delivered over 300 personalized concerts to care homes during visitation restrictions.

At last year’s Canadian Country Music Awards, The Washboard Union took home the award for Group or Duo of the Year for the third consecutive year, becoming the first band in a decade to win in the category for three straight years, with hope for a fourth straight win in 2021. They also won their fifth consecutive award in the Roots category, and have earned nine career CCMA Award wins with 15 nominations. The band was also awarded a 2021 SOCAN Country Music Award for their single “Country Thunder,” which became their second career Gold single, in 2021.

The Washboard Union has become Canada’s preeminent country band with a growing following all over the world. Resonating with audiences far and wide from North America to Europe, The Washboard Union’s dynamic live performances have set them apart as one of the most unique talents in music today. The 2 time gold-certified trio are also winners of the Juno Award for Breakthrough Group of the Year, and have an incredible 31 music awards under their belt.