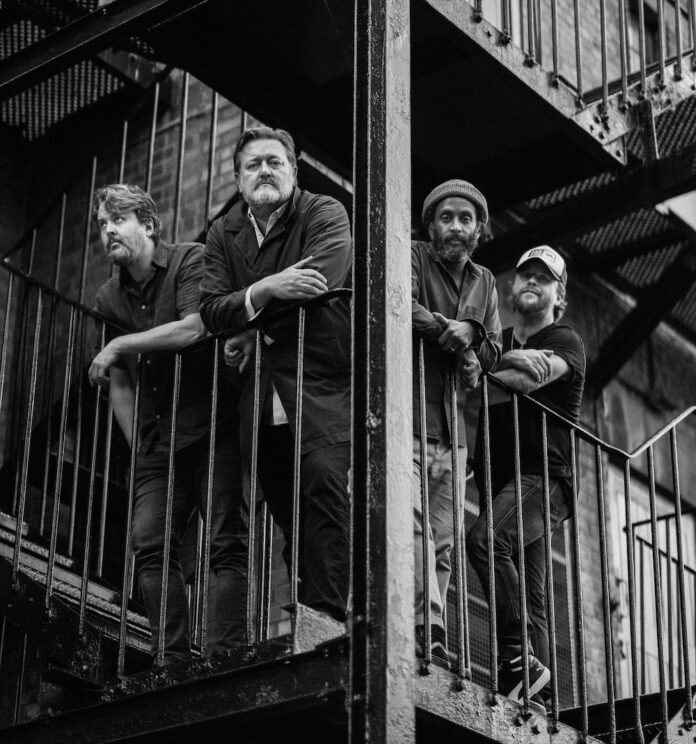 “Flying Dream 1” opens the band’s ninth studio album in the hushed tones that epitomise the full record, delivering a delicate, magical melody to showcase singer Guy Garvey’s perfectly pitched reminisces of an 80’s childhood in the warmth of his family home in Bury, Greater Manchester:

“I seem to remember my first flying dream. Who knows if it’s a memory or a memory of a memory but it was in the house that my mother still lives in. I suppose in a way it’s a gently encouraging sentiment in the same vein as ‘Lippy Kids’ and it’s all set in the same place.

Flying dreams are supposed to be incredibly positive things and I used the flying dream as a jump off point, if you’ll forgive the pun, for describing the house I grew up in and what my family were like and the feelings of childhood that have been revitalised recently through seeing the world through the eyes of my son.

The piece of music that Craig put together is just astonishing. I lived in it for weeks and weeks before settling on a lyric. It was Craig’s idea to make it the title track of the album, which is apt as it opens the album and perfectly sets the tone for what we were wanting to do across the whole record.”

As with previous releases from the album, “The Seldom Seen Kid” and “Six Words”, ‘”Flying Dream 1″ is accompanied by a film of the band recording the song, captured during the recording sessions for “Flying Dream 1” at Brighton’s Theatre Royal. You can watch the film below.