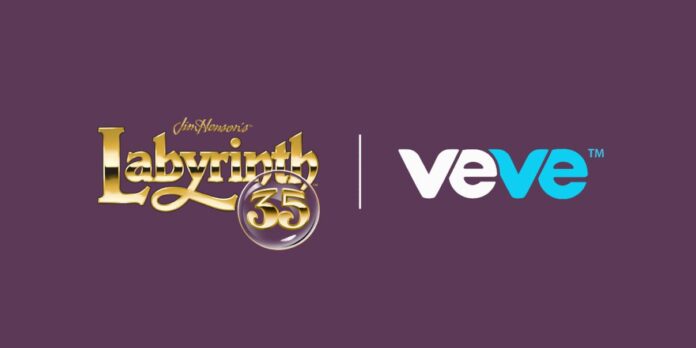 In the initial drop, fans will be able to purchase 3D digital collectibles inspired by the film exclusively through the VeVe app, available to download on the App Store and Google Play.

“After 35 years, Jim Henson’s Labyrinth is still beloved and respected as one of the unique and groundbreaking films of its era. It’s a perfect tribute to have fans of this innovative production celebrate Labyrinth’s anniversary with this incredible line of must-have NFT collectibles. Partnering with VeVe for The Jim Henson Company’s first-ever NFT release allows our dedicated and ever-growing fanbase to connect with the film’s cast of characters in an entirely new and engaging product landscape,” said Melissa Segal, who oversees consumer products for The Jim Henson Company.

“Labyrinth is one of the most iconic fantasy films of all-time, so we jumped at the opportunity to partner with The Jim Henson Company on a series of digital collectibles from the film,” said Dan Crothers, Chief Operating Officer and Co-Founder of VeVe. “Our community of collectors is going to love displaying these in their virtual showrooms for all to see.”

Through the VeVe platform, fans can showcase their digital collections in the app’s virtual showrooms as epic 3D dioramas, as well as virtually visit, comment on and like showrooms from other collectors. VeVe also offers an augmented reality (AR) photo mode that allows collectors to interact with every digital collectible in 3D, as well as share their collectibles through VeVe’s in-app social feed or on external social platforms. In addition, VeVe uses Ethereum’s layer 2 scaling protocol, Immutable X, providing a 99.9% reduction in environmental footprint.