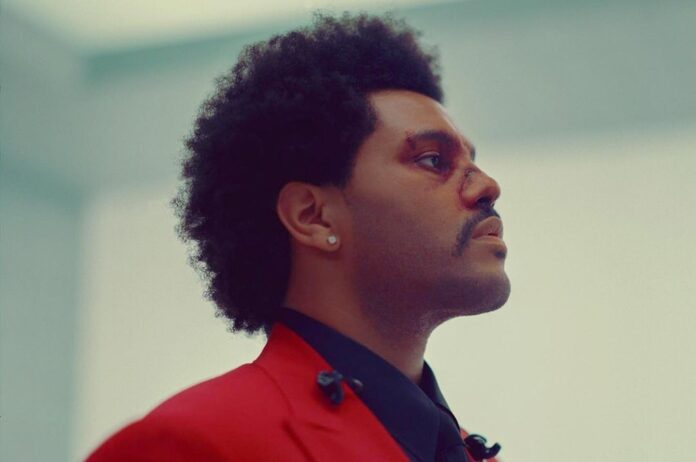 • The Weeknd’s “Save Your Tears” saw 615M global views
• The U.S. Top Ten welcomed multiple newcomers for 2021 to the list such as Lil Nas X, Olivia Rodrigo, and Polo G
• The Global Top Ten list featured a diverse list of artists of multiple genres, languages, and locations, including Karol G, Justin Bieber, and J Balvin

Both worldwide and in the U.S., The Weeknd’s “Save Your Tears” tops the list with 615M views globally, and 102.9M views in the U.S. Released at the top of the year, “Save Your Tears” popularity was fueled by The Weeknd’s massively successful Superbowl performance, a slew of Billboard Music Awards, Juno Awards, and BRIT Awards wins and more, resulting in a standout year for the star.

In Vevo’s Global Top Ten Videos list, the #2 slot is “EL MAKINON” by Latin powerhouses Karol G and Mariah Angeliq with 556M views. The Black Eyed Peas and Shakira’s hit, “Girl Like Me,” is #3 at 519M views, and Justin Bieber’s “Peaches” featuring Daniel Caesar and Giveon with 442M views at #4. Lil Nas X’s “MONTERO (Call Me By Your Name)” with 402M views takes 5th place.

In the U.S., The Weeknd is followed closely by Lil Baby’s “On Me.” Lil Baby is Vevo’s most-viewed artist of this past year (770 million views).

Vevo’s U.S. Top Viewed Videos chart is filled with first-timers to the list, including Lil Nas X, Olivia Rodrigo, Polo G, and Coi Leray with Lil Durk. Newcomer Olivia Rodrigo took two slots in the U.S. chart, with both “drivers license” (79.9M) and “good 4 u” (64.8M) taking the 6th and 7th spots respectively. In data published by Vevo last week, it was found that Rodrigo has grown her total video catalog viewership 8x to 357 million total views in the U.S. in 2021, after breaking into the mainstream with her debut album, SOUR.

“Every year, we really look forward to publishing our Most Viewed Videos of 2021. As the global music video destination for artists of all genres and career stages, it’s really exciting to see which videos resonated at scale and made an impact this year with our audience. The Weeknd has had a standout year, topping our Global and U.S. charts with ‘Save Your Tears.’ The must-watch video is a perfect example of Abel’s creativity as he pushes boundaries and made something truly groundbreaking for his fans.

“From established names like Lil Baby and Karol G to the next generation of stars like Lil Nas X and Olivia Rodrigo, we have seen artists push the boundaries of creativity and storytelling and our audiences have consumed these across a range of screens across our network.

“Additionally, Vevo had the opportunity to collaborate closely with a number of these top-charting artists for our originals, creating some additional great visual content which was enjoyed and viewed in high volumes throughout the year,” said JP Evangelista, SVP of Content, Programming and Marketing, Vevo.

The full list of both US and Global top ten videos can be found below. 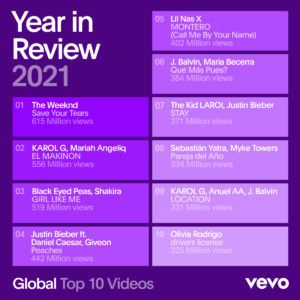 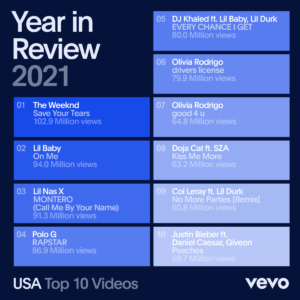