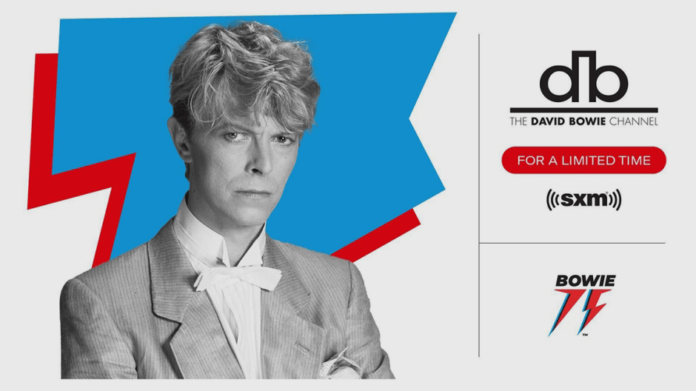 SiriusXM will celebrate the influential music of David Bowie this January with the all new, limited-run David Bowie Channel.  Honouring what would have been the singer’s 75th birthday on January 8, listeners can expect to hear music spanning Bowie’s entire catalogue – from timeless and beloved classics to recently unearthed rarities.

Listeners of the David Bowie Channel can also expect to hear favourite covers featuring popular artists doing their renditions of Bowie’s songs, as well as the Top 75 David Bowie tracks.

Listeners can catch this special pop-up channel for two weeks beginning January 4 through January 18 on SiriusXM’s channel 104, and throughout the month of January, streaming online on the SXM App.

SiriusXM is available to subscribers in their car, on their phone and connected devices at home with the SXM App. Streaming access is included for most subscribers. Go to www.siriusxm.ca/ways-to-listen/ to learn more.