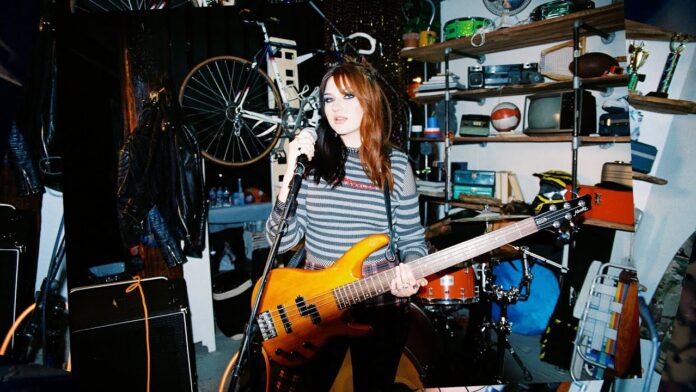 “ur just horny” marks a spectacular follow-up to GAYLE’s breakthrough hit single, “abcdefu,” and precedes an upcoming EP due this spring. The gloriously irreverent “abcdefu” has fast proven a landmark debut for the 17-year-old, Nashville-based artist, now ascending the top 10 on Billboard’s “Hot 100” after reaching #1 on a range of charts, including currently sitting at #1 on both the Billboard Global 200 and Billboard Global Excl. U.S. charts for a second week. Worldwide streams exceed 615M and counting with over 1 million equivalents singles sold, driving the track to hit #1 on both iTunes’ “Top Pop Songs” and overall charts and reach #1 on the Spotify Global chart, with an official music video currently boasts over 62M individual views via YouTube HERE. “abcdefu” has proven a worldwide phenomenon, earning gold certification in countries such as Canada and Norway while hitting #1 on the UK’s Official Singles Chart.

Recent press highlights include a Billboard magazine Chartbreakers feature that highlights GAYLE’s chart-topping success with “abcdefu.” Hailed by FLAUNT for “her own sound blending the genres of pop, alternative, rock, and R&B into one,” GAYLE made her late night network TV debut earlier this month with a captivating interview and electrifying performance of “abcdefu” on NBC’s The Tonight Show Starring Jimmy Fallon. “Joined by a live band, the 17-year-old singer gave an impassioned performance on vocals and electric guitar,” wrote Rolling Stone, while Billboard raved, “Though she politely put the f-bombs in the unedited original version on the shelf for the night to appease network censors. (GAYLE’s) amped-up performance provided further proof that the Plano, Texas native is a force to be reckoned with.”

GAYLE further marked the success of “abcdefu” with a compelling array of alternate versions showcasing different aspects to the strikingly versatile track. “abcdefu (demo),” “abcdefu (chill),” and “abcdefu (angrier)” are all streaming now via DSPs and streaming services.

Recently featured as YouTube’s “Artist On The Rise,” an Amazon “Artist to Watch 2022,” and one of Billboard’s “21 Under 21: The Ones To Watch,” GAYLE has announced her first-ever run of headline dates, with intimate shows set for Nashville (March 9), Los Angeles (March 14), and New York City (March 22). Additional dates were announced after the first set sold out immediately, with second Nashville (March 10) and New York City (March 21) being added. Tickets are extremely limited – for availability and more information, please visit www.gayleofficial.com.

Along with her own headline tour dates, GAYLE has just been announced as support for AJR’s upcoming tour. See a full list of dates below.