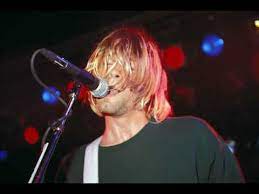 Nirvana’s “In Bloom” from Nevermind was the second of two versions of the song that were released in 1991, the earlier of which was recorded in 1990, while the band was still signed to their original record label, Sub Pop.

“In Bloom” was released as the album’s fourth and final single in November 1992 and generated heavy American airplay, reaching number 5 on the US Mainstream Rock chart, despite never being released as a physical single in the United States.