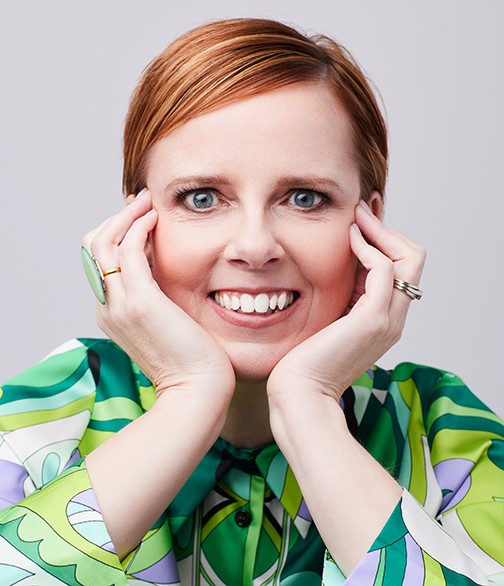 One upside of the pandemic is that many of us rediscovered the healing power of Vitamin D-infused sunshine and the glory of the outdoors. In that spirit, Canadian alt-folk songstress Jackie K pays reverent tribute to the panacea of lush greenery in her ‘70s-inspired new single “Green Heals Me.”

With the soothing meander of a lazy day on the veranda or a leisurely hike through the woods, “Green Heals Me” features folky guitar, jazzy piano, and Jackie K’s signature plain-spoken, candor-filled voice, like that of a trusted friend. ‘I spent today living outside in the sunshine/ To shake the lack of sleep, and way too much drink,’ she begins. And then she describes with rich imagery the perfume of the lilac-tinged air, the shade-giving pine trees, the canopy of the woods, and then the cool night air at the end of an outside-filled day.

“’Green Heals Me’ is really about feeling grateful for Spring,” Jackie K shares. “I just sat on my back deck on a hungover Saturday morning and wrote it down; I needed outside, and our winters are so long. Despite everything, I was just thankful.”

After hearing the song, some friends asked – wink, wink – if it was about another kind of green. “I did have several people ask me if it was a song about pot,” she muses. “I hadn’t been thinking that, but it would work! Green does heal in that capacity, too.”

While writing the song, the piano section was stumping her until her husband Tom suggested a very worthy influence and form of inspiration. “He said, ‘try something like [Thelonious] Monk’ and so I did,” she reveals, adding that the piano she used was a 100-year-old Mason & Risch. “It’s gorgeous and has a big, warm sound — sounds a little kooky, and outside. Perfect!”

“Green Heals Me” is off Jackie’s four-song EP Look for the Little Things, which also plays host to the song “Night at the Opry,” a tune inspired by a field trip to Memphis and Nashville Jackie took with her music students in 2020 right before Covid shut everything down. “Dandelions Everywhere” is another nature-infused, hope-fueled track. Rounding out the release is “In My Oasis,” a high-energy song also inspired by nature and the little things and written about a teacup full of purple flowers.

Jackie K’s musical endeavors are mainly a family affair; her husband, Tom Kroczynski, is her bass player, while her son Connor Newton is her sax player, and her son Sean Davis Newton, on guitar and percussion, also engineered, produced, and mastered her album. The rest of the band is rounded out by Phil Rodda, a drummer from Edmonton, and Patrick Whelan on fiddle.

When she isn’t writing or performing, Jackie teaches band and guitar to high school students at North Battleford Comprehensive High School. She holds a Bachelor of Music in Music Education and a Bachelor of Arts in Visual Art and is a member of SaskMusic, SOCAN, AFM#553, BMI, SAC, and the Americana Music Association.