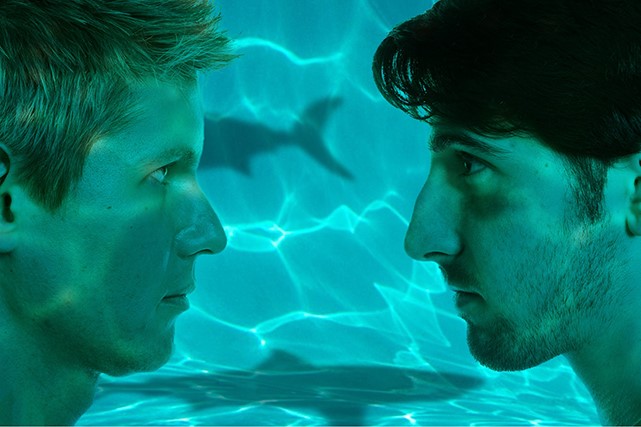 Yeah, sure, you’ve heard of EDM, but what about Cinematic Breakbeat and – more importantly – The Nylon Admirals? Growing ever more popular due to their dramatic style of electronic music, The Nylon Admirals are ready to release their new album, Handbags.

Consisting of four previously released singles and five completely new tracks, Handbags is the spirit of the Nylon Admirals – infusing emotion into their productions and creating an enveloping experience for their listeners. Alongside its lead single, “In A World,” Handbags is an exciting experience filled with highs and lows seldom explored in the world of digital production.

This is ultimately what makes Handbags such a profound album; while sometimes coming across as frivolous, it is merely a façade. Upon inspection, it is very clear The Nylon Admirals put a tremendous amount of work into the feeling and timbre of each mix – creating a very serious and intentionally critical messaging throughout Handbags.

“We formed this project in 2019, mostly through frustration by what we saw as the watering down of electronic music over the past two decades by predominantly loop-driven, dance- and chill- focused music,” they share. “Our goal is to demonstrate ways to infuse the genre with the drama of cinematic music and the richness of old-school electronica.”

To this end, Handbags’ lead track, “In A World” for instance, is a tongue-in-cheek pastiche of cheesy narrated movie trailers that create hype and suspense for a low-bar payout,

And if this rings any bells about mainstream titles, then you might be picking up what the Nylon Admirals are putting down. Ultimately though, it is a powerful delivery of The Nylon Admirals’ mission statement: “We make electronic music for thrill-seekers.”

And this becomes ever so apparent in the album’s finale: a 13-minute cover of Mike Oldfield’s classic instrumental “Orabidoo.” While ultimately a powerhouse of a production, this track establishes The Nylon Admirals as a force to be reckoned with — as a musical workshop of electronic production. An epic of a piece like this is hard enough to tackle due to its length and complexity, but their conviction is what drives the Nylon Admirals to such lengths as to reimagine a piece of music history in a respectful and unique homage.

In contrast to its more bombastic tracks, the album also includes some more melancholic tunes: powerful tracks like “Green Boots” and “Guillotine” – both of which are obviously cautionary tales about the follies of mankind – demonstrate the Admirals’ ability to infuse a range of emotions into their work.

The Nylon Admirals possess a unique sound that blends electronic, acoustic, orchestral, and choral elements underscored with a mixture of breakbeat and Taiko rhythms. While most easily categorized as electronica, their music does not conform to any specific musical genre. This stems from their broad musical tastes which range from classical, jazz, and prog rock, to cutting edge film and breakbeat music.