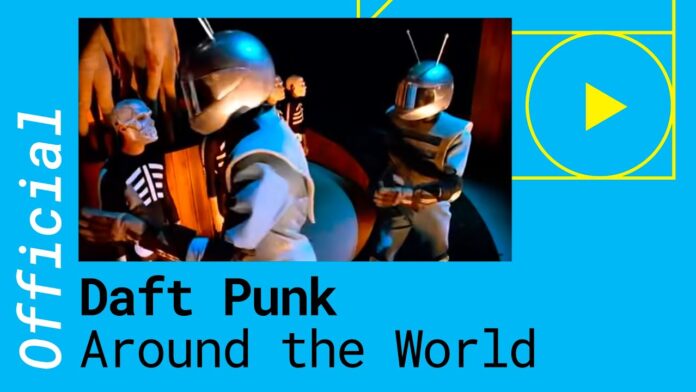 Daft Punk’s “Around the World” has just three words, the title alone, and it’s repeated 144 times. That didn’t stop it from being a club hit around the world and reached number one on the dance charts in Canada, the United Kingdom, and the United States, with a video that is visually stunning. They just released the making of the video and you can watch it below:

…and here’s the original.