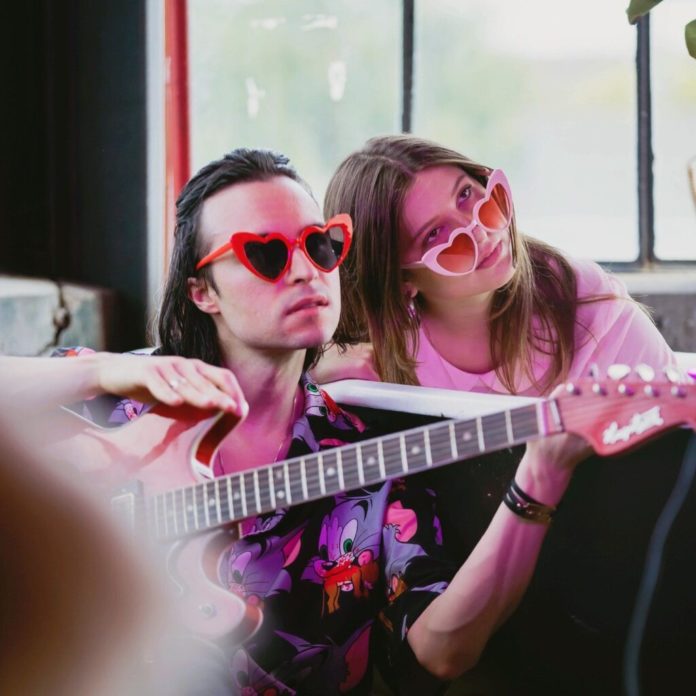 Drunk dialing your ex — or, worse, that person with whom you were just in a situationship — is never ever a good idea. And while Toronto pop songstress Sam Casey knows that, first she’s going to wrestle with it for a while (like we all do) in her soulful and starkly honest new single, “New Company” – already available, but now has a new remix, courtesy of Alex Exists.

Directed by Agata Waclawska, Sam Casey and Alex Exists have collaborated on a new music video for the song, a widescreen epic version of the song from Sam’s current EP, New Company.

Slow, smooth, sassy, soul ballad-y, and fresh from her forthcoming New Company EP, the song eventually comes to the foregone conclusion that the embattled narrator needs to find a new man. But just for tonight, she sits with her phone in her lap and fights with herself and an absent paramour –

Well, the clock strikes one
And I’m pissed drunk
I want to call, but I know I’ll fall
Back into your arms
Where I feel most calm
But you’ll mess it up like you’ve always done

Because of just how realistically Casey captures this internal monologue, it’s not surprising that it’s based on one of her actual experiences. “‘New Company’ was written in my university dorm room,” she says. “I was involved with someone at the time, and we mainly saw each other after 1:00 in the morning. I was hoping for something more and, after a few months, I realized that he was never going to give me what I needed in a relationship.”

One of her diary entries became the inspiration for the lyrics, and an interesting beat she had found on the Internet served as the catalyst. “I voice-recorded myself singing the page from my diary over the beat and showed my best girlfriends that night,” Casey recalls. “That diary entry became the chorus of ‘New Company’ and prompted me to pull from my journals for almost every song I’ve written since then.”

“New Company” comes with a freshly minted official music video — an experience that felt surreal to create, the Toronto-based artist reveals. “This being my first music video for an original song, I was extremely excited to place a visual to my lyrics for new and old listeners,” she shares. “In the video, we feature the more melodramatic aspects of my character as she leaves a fight with her ‘wheel’ and drives home through the city only to see an angel-like figure — untamed and floating through the street — near the end of her trip.”

In all, going through the process of turning her feelings into both a song and video allowed her to move on from the crappy situationship — as well as the low self-esteem the one-sided fling had engendered.

“Since I wrote ‘New Company,’ I’ve been in three somewhat healthy relationships,” she reveals. “I can confidently say that, as soon as I started really loving myself and looking in the mirror like, ‘Oh girl, you are so funky and fresh today’ or ‘Damn, Sam, your personality is super unique and that’s a GOOD thing,’ I was truly able to demand what I deserved and not be afraid to lose someone if they couldn’t give that to me.”