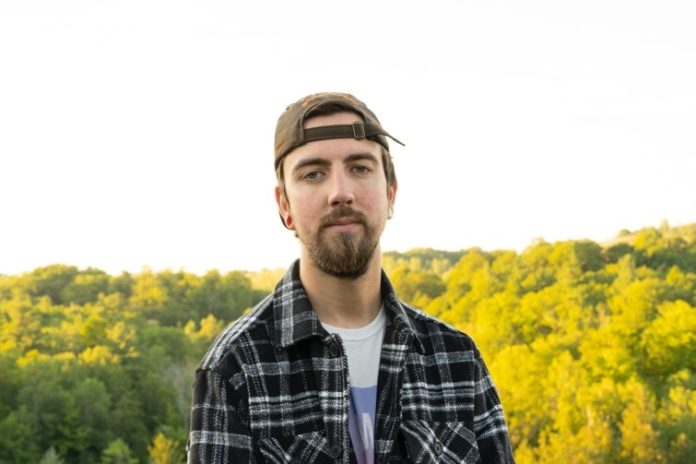 Folk-rocker Taylor Simpson is proud to announce the upcoming release of his sophomore album, “New Sights in a Familiar Place” on November 18, 2022.

Ahead of “New Sights in a Familiar Place,” Simpson has released the album’s first single, “Long Time Coming,” a nostalgia-riddled hymn to youth and indecision written and composed by Simpson and produced by Adriano Loparco of Stone Roof Studios.

Simpson’s new album will continue the concept and storyline introduced earlier this year in his full-length debut “Learning to Live with Precious Time,” diving deeper into his struggles with mental health issues, the complications of modern romance and the death of his parents.

Accompanying the release of “Long Time Coming” is a brand-new music video, shot on a beach near Simpson’s adopted hometown of Toronto and featuring that same sense of nostalgia with beach toys, laughs and friendly hijinks galore.

The video’s bright coloration and playful atmosphere serve to underscore the sense of loss felt for a time when we felt surer of ourselves and our place in the world — a time before life became so complicated.

Taylor Simpson is an indie folk-rock singer songwriter from Toronto, Canada. Unafraid to wear his heart on his sleeve, his unabashed and vulnerable lyrics create deep connections with his listeners. His songs bristle with acoustic and electric guitar, steady drums and potent lyrics which leave his audience members in a state of nostalgia whilst dancing, singing, and clapping along.

Taylor released his debut full-length album ‘Learning to Live with Precious Time’ earlier this year, with the single ‘Pretending’ garnering over 40,000 streams within the first 3 months of the release. His next release ‘New Sights in a Familiar Place’ is set to come out November 18th and will serve as a continuation of the concept and storyline from his debut release.