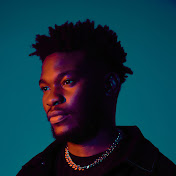 “Travel turns you into a storyteller” goes the old adage, and these wise words epitomize the artistry of Nonso Amadi. As a college student, the Nigerian-born singer/songwriter/producer’s first adventure was a move from his home country to the UK. As music nudged its way to the forefront of his life, this restless Mary J. Blige and Paul Play fan ultimately settled in Canada, where Toronto’s influential R&B scene provided fertile ground for deeper artistic growth. Ultimately, Nonso’s globetrotting helped nurture his core goal: to fuse Western groove music with trad African sounds, rhythms, and vibes. “I want to make great songs that tell my story,” says the “Tonight” singer. That irresistible 2016 track got passed around in Afro-R&B circles, its gauzy synths, delicate dembow riddim, and celestial vocals crafting a template for Nonso’s future output. As the decade ended, Afropop and Alté had reached a groundswell in Nigeria. Nonso’s name was in lots of mouths back home. His ‘Free’ EP fueled the fire. Tracks such as “No Crime” and “What Makes You Sure?” emphasized lyrical honesty and softly-woven textures. Afrobeats titan Mr. Eazi hopped on “Go Outside” further cementing Nonso’s cred. By 2020, he had racked up more than 100 million streams across music platforms. Wisely, he has guided his ascent on the other side of the Atlantic with tranquility and deliberateness. “I’ve always wanted to be a bridge connecting African music and to the rest of the world,” he said about the importance of being part of our Artists to Watch 2023 class. When Nonso tells his stories, you can’t help but stop what you’re doing and listen.