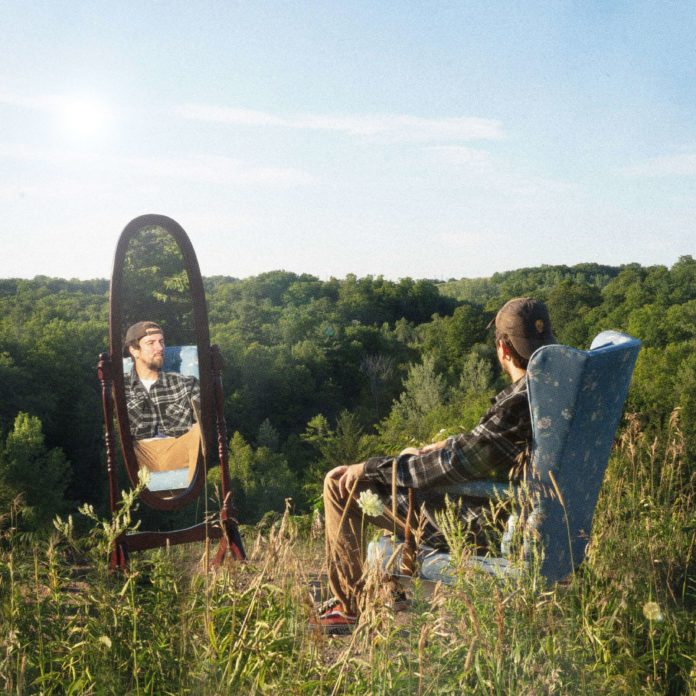 Indie folk-rock singer Taylor Simpson is on a roll. Shortly after releasing the well-received full-length debut, Learning to Live with Precious Time, he returned to the studio to record the six new tracks for New Sights in A Familiar Place.

While the Toronto native’s debut encompassed his earlier life experience, his latest work, recorded at Stone Roof Studios in Woodbridge, has a more immediate focus, finding him negotiating the pandemic, new relationships and fresh losses. While candid about his growing pains, a resolute optimism pervades the tracks on New Sights in A Familiar Place, which were produced by Simpson’s friend and fellow musician Adriano Loparco.

“I want to create a safe space/community for my listeners, who may be dealing with similar issues in their lives. Whether it’s mental health related, relationships, alcoholism, losses (loved ones or love itself) or anything in that realm.” Simpson, no stranger to loss, says of the collection. “I want them to know they’re not alone and there are so many others that are willing to listen and help.”

Simpson makes good on that wish, demonstrating through his words and music, how to move gracefully through life’s contradictions and challenges. He asks for nothing on ‘Bitter Apology,’ though his heart is clearly sore. “Maybe one day I’ll see a better side of you/Maybe one day, you’ll see a better side of me,” he sings, sounding a bit like John Mayer. ‘Holding On’, a driving rocker,’ is a bit edgier, haunted by the dissolution of a relationship. “I’ll keep holding on,” his vocals soar as electric guitars swirl against a brisk drumbeat, “Until the pain is gone.”

The first single from the collection ‘Long Time Coming,’ is likewise redemptive, the music moving him forward as Simpson contends with feeling stuck at crossroads. ‘Wishful Feeling’ is a jangly ode to learning to find silver linings in experience and putting the past in the rear-view. Even as he wrestles with the long shadow of grief on the ‘Lies Beneath,’ Simpson doesn’t stay down for long.

“Focused on moving forward/Pushing past this blurry state/ Open up all the doors, setting out to a different shore/ Realizing it’s never too late,” he sings, joined by guest vocalist Eden Sterling, the music a balm for his, and his listeners’ souls.

Taylor Simpson is an indie folk-rock singer songwriter from Toronto, Canada. He released his debut full-length album ‘Learning to Live with Precious Time’ in early 2022, with the single ‘Pretending’ garnering over 40,000 streams within the first 3 months of the release. His songs bristle with acoustic and electric guitar, steady drums and potent lyrics which leave his audience members in a state of nostalgia whilst dancing, singing, and clapping along.