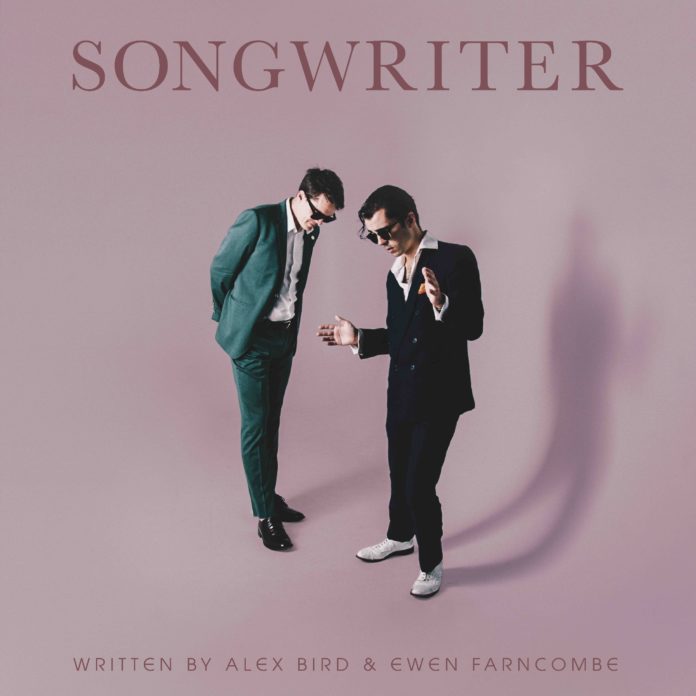 From the heady feeling of being the only one awake at night, to the brooding at the end of a relationship, to the coziness of a rainy day, to the slithering sexiness of a night out on the town, Songwriter is a jazz album of deliciously dark tones and stormy sonic landscapes. It’s the third album – available now – on which vocalist Alex Bird and pianist Ewen Farncombe combine their singular talents, and it reflects deeply on the full spectrum of human mood and the act of songwriting itself.

Songwriter introduces itself with “This Song Is Ours,” meandering in between sunlight and melancholy – “nightbirds that sing” – and featuring introspective interludes juxtaposed with cascading piano. Conversely, “I’ve Seen The Sun” is marching and jaunty, tinkling with hopeful optimism. The following track, “The Soul I’ve Left Behind” is dark and bereft, brooding on a relationship that’s come to an end and lingering on all the ways the narrator has fallen short as both a person and a lover. The gothic theme continues with “Nighttime Grooves,” slinky and sexy with Bird’s voice shimmying through the dark-horse galloping of piano as he challenges, “Can you feel them, those nighttime grooves?”

“Symphony of Love” alternates between lighthearted confessions of love, and the stormier frustrations of being led on by someone who’s not all in – “So I am waiting and you, you’re contemplating.” Next, “Raindrops” meditates on gray moods and indoor days with beautiful “drizzling” piano, mimicking the sounds of rain in all its iterations and concluding with audio of an actual storm. “If You’re Not Laughing” is a bluesy, full-of-attitude ode to keeping your chin up, staying realistically positive, and maintaining a sense of humor – “If you’re not laughin’, you’re cryin’, my friend.”

“What’s Inside” gives us floating, gauzy vocals and piano sections that beat like the wings of a bird. It’s a particularly dramatic track, sonically cinematic and lyrically dark and poetic, delving into the unknowable psyche of another human being. “I’ll Go Where You Lead” is velvety and exploratory, as lover pledges trust and devotion. “Tiny Warbler,” meanwhile, is a song of nature’s innocence and the beauty of steadfast love. The album concludes with “Songwriter,” another bluesy number that turns the album inward on itself, an honest pulling back of the curtain on the sometimes-punishing grind of writing songs – “Wake up and write that song.”

Bird and Farncombe have taken centre stage on the Canadian jazz scene. Creating timeless and heartfelt originals for a modern audience, this talented duo has spent the past four years producing an alchemy that’s completely unique. 2022 brought JUNO nominations, reviews from around the world, and even the crafting of the single “The Sweetest Moments,” which became known as Canada’s “Thanksgiving Anthem” (it was broadcast across the country with a national ad campaign and interviews on CBC, CityTV, and many other news outlets). Bird and Farncombe are making themselves known.