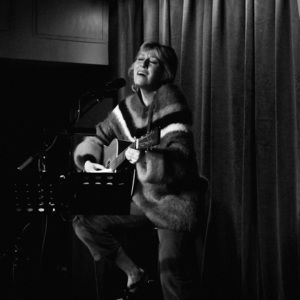 Today, jazz singer/songwriter Madeleine Peyroux announces her return to Canada this spring with shows nationwide. After wrapping up her Careless Love World Tour, Peyroux will once again hit the road, this time joined by highly-acclaimed singer/songwriter Martha Wainwright. The duo will make their way coast-to-coast, with stops including Toronto’s Danforth Music Hall, Winnipeg’s Burton Cummings Theatre and Vancouver’s Centre for Performing Arts.

“I am always honored to share a space with such a formidable person and artist, but Martha’s is one of the greatest voices I’ve ever heard,” says Peyroux. “Canada is where my parents fell in love, where much of my repertoire was written, my career took form. And I am often, undeservedly, called Canadian. Perhaps my most integrated self will at last be fulfilled. One can only hope! At least I am certain our tour of the beloved North will be one of the most fun ever!”

The show will feature performances of favourites from Peyroux’s repertoire, including her best-selling 2004 classic album Careless Love. She’ll also be debuting some new music off her forthcoming projects for fans to enjoy.

Martha Wainwright is an internationally renowned singer-songwriter, critically acclaimed for the rawness and emotional honesty of both her vocals and lyrics. Earlier this year, she released the deluxe version of her latest album Love Will Be Reborn, as well as her memoir, Stories I Might Regret Telling You, which was a National Bestseller after its first week of release.

“It’s so great to reconnect with an old friend and share the stage with this incredible artist,” says Wainwright. Fans can look forward to experiencing the artistry of both Peyroux and Wainwright on stage in their city.